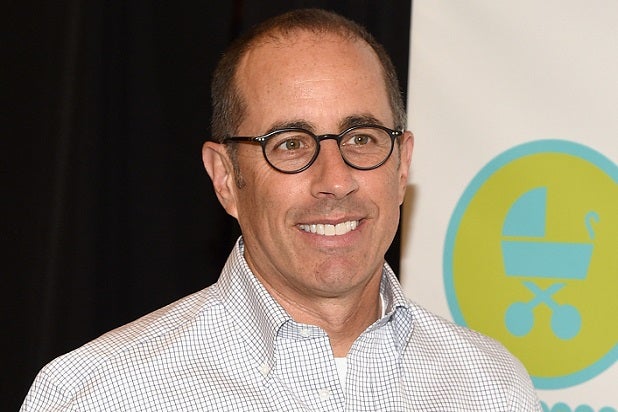 “I didn’t see why it was necessary to fire her,” Seinfeld told “Entertainment Tonight” in a new interview. “Why would you murder someone who’s committing suicide?”

ABC canceled “Roseanne” last month after Barr’s racially charged tweet about Jarrett, and subsequently ordered a spin-off, “The Conners,” based around the other characters in the sitcom. Barr will have no financial or creative involvement in the new series.

Seinfeld argued that ABC should have tried to bring in another female comic to fill Barr’s shoes, rather than simply be down one cast member.

On that infamous tweet heard around the world, Seinfeld said, “I never saw someone ruin their entire career with one button push.”

Also Read: Roseanne Barr Cries, 'I'm Just So Sorry That I Was So Unclear and Stupid'

The new spinoff “The Conners” is scheduled to debut this fall in the Tuesday 8 p.m. ET timeslot vacated by “Roseanne.”

Tom Werner will executive produce “The Conners,” along with Gilbert, Bruce Helford, Dave Caplan, Bruce Rasmussen and Tony Hernandez. Helford, Caplan and Rasmussen are also writers on the spinoff. The series is from Tom Werner and Werner Entertainment.