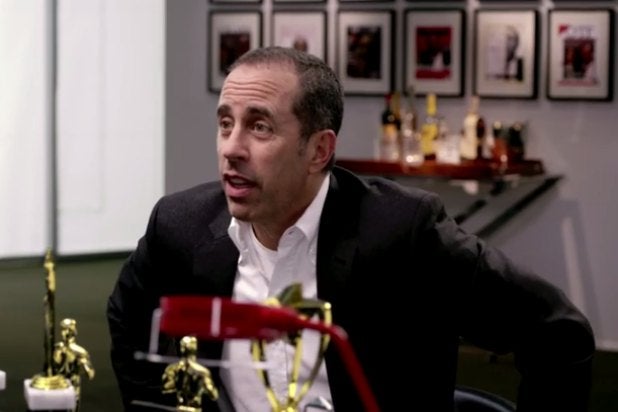 Jerry Seinfeld bruised some funny bones this week, with a tweet playing off of the Black Lives Matters movement.

The former “Seinfeld” comedian is catching heat for a tweet posted Thursday morning, promoting his series “Comedians in Cars Getting Coffee.”

The last line was a riff on the Black Lives Matter movement, which gained popularity amid a rash of police violence toward African Americans.

The joke didn’t go over well with some, who registered their displeasure in replies to the tweet.

“This is worse than the finale of ‘Seinfeld’ which I still don’t like,” wrote one detractor, who also replied, “Who’s writing your tweets now? The Breitbart humor section staff?”

Another unsatisfied customer simply wrote, “What the f— Jerry.”

“Now I see why Larry David wrote all the jokes,” said another critic, referring to “Seinfeld” co-creator Larry David.

Seinfeld has been a vocal critic of political correctness in the past. In an interview with ESPN, the comedian said that he avoids performing at college campuses any longer because of the suffocating PC atmosphere.

“They just want to use these words: ‘That’s racist;’ ‘That’s sexist;’ ‘That’s prejudice,'” he said. ‘They don’t know what the hell they’re talking about.”

In 2015, he told late-night host Seth Meyers that he had caught flak for telling a joke that referenced “a gay French king.”

“I did this line recently in front of an audience and comedy’s where you can feel an opinion,” he said. “And they thought, ‘What do you mean gay? Why are you saying gay?'”