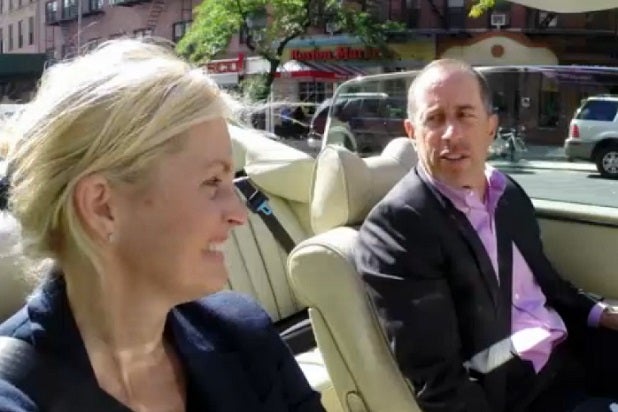 “Seinfeld” isn’t exactly the first name that you’d associate with WASP-iness, but a boy can dream — or at least role-play — can’t he?

In the latest installment of his Crackle video series “Comedians in Cars Getting Coffee,” Jerry Seinfeld enlists Ali Wentworth for a few lessons in the art of being a WASP (White Anglo-Saxon Protestant).

Tooling around New York with Wentworth in a Mercedes, Seinfeld gains crucial information on the trademark reserve of WASPs.

Seinfeld and the “Head Case” star also do some very WASP-y things. Such as buying a silk scarf so that Wentworth’s hair doesn’t get messed up while drive with the Mercedes’ top down. And tossing the car keys to the valet as they exit the car … as they prepare to go golfing.

Seinfeld just might have the hang of this WASP thing after all.

From Crackle: I’m Going To Take A Percocet And Let That One Go