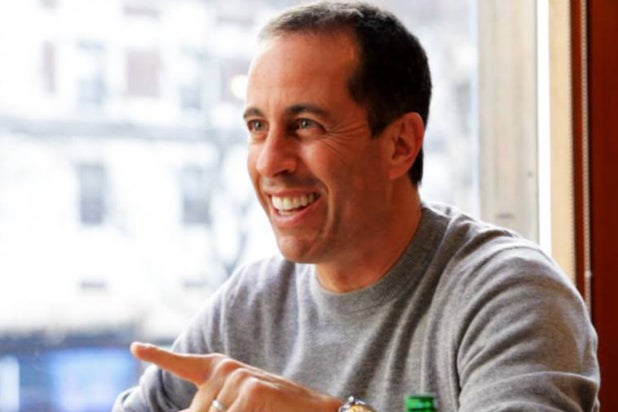 Jerry Seinfeld‘s eponymous 90’s sitcom was just about perfect, but it was missing one classic element: A theme song.

That deficiency has been more than addressed in the new season of Seinfeld’s latest comedy venture.

Behold the irresistible tune near the beginning of the first episode of the fourth season of “Comedians in Cars Getting Coffee,” a little old school jingle that Seinfeld wrote and even sings himself. No, Jerry has never been known for his signing voice, but when you own the show, you can do whatever you want — and that includes singing a deliberately off-key theme song.

It also seems that the song is only in the first episode, which features a remarkably ugly 1976 station wagon, right out of the era when hokey theme songs were all the rage.