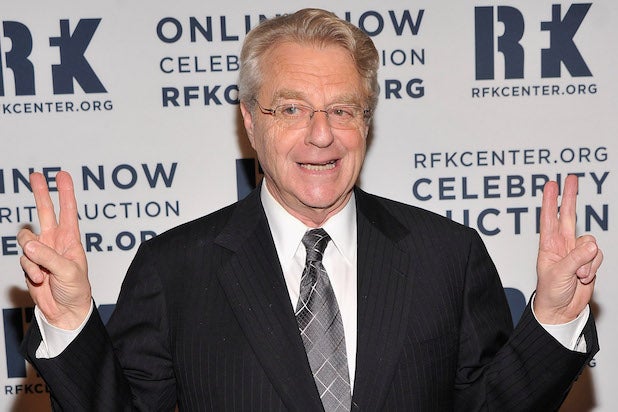 Jerry Springer already has his next gig lined up, following the June announcement that NBCUniversal is longer making new episodes of his long-running talk show: a syndicated daytime courtroom show from the studio that brought you the “Jerry Springer Show,” aptly titled “Judge Jerry.”

An individual with knowledge of the project tells TheWrap the series is still in development, though NBCUniversal is eyeing a Fall 2019 premiere, which would line up with the airing of the final season of Springer’s daytime program. Because the program is still in the works, there is no final word on where the syndication rights for the series will land.

The series would feature former attorney Springer wearing a judge’s robe and seated behind a desk. So, you know, like every other courtroom show out there, but with the man who has has run the most over-the-top daytime program in the history of television making calls about small-claims cases.

“The Jerry Springer Show” debuted Sept. 30, 1991, though the show’s longtime viewers probably wouldn’t have recognized it. At first, “Springer” was meant to be more of a serious, political talk show in the same vein as “Donahue.” Before he was a talk show host, Springer was a lawyer and campaign advisor for Robert Kennedy. He unsuccessfully ran for Congress in 1970.

But after low ratings during the first few years, the show morphed into the version many watched for 27 seasons, a so-called “conflict talker” that featured more provocative topics and on-stage fighting.