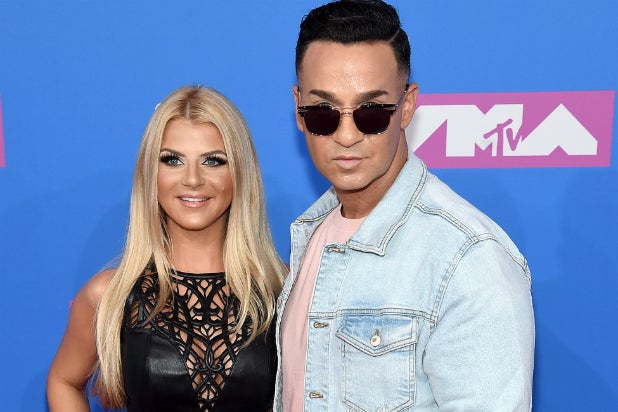 MTV “Jersey Shore” star Mike “The Situation” Sorrentino has been sentenced to eight months in prison after pleading guilty to tax evasion. Following his release, Sorrentino will have two years of supervised release.

It could be worse: The charge carries a maximum penalty of five years in prison. Prosecutors were seeking a 14-month term.

The 37-year-old Sorrentino, pictured above with fiance Lauren Pesce, will also have to pay a $10,000 fine and complete 500 hours of community service. He has already paid $123,000 in restitution.

According to the Department of Justice, Sorrentino admitted to concealing some of his income in 2011 to avoid paying the full amount of taxes that he owed, making cash deposits of less than $10,000 each into bank accounts in order to avoid the IRS’s attention. Sorrentino failed to pay the proper amount in taxes on $8.9 million earned from 2010 to 2012.

Sorrentino’s brother/manager, Marc Sorrentino, also pleaded guilty in the scheme, admitting to aiding in the preparation of a false and fraudulent tax return. He was sentenced to 24 months in prison and fined $75,000 plus more in restitution. That latter figure that has yet to be figured out.