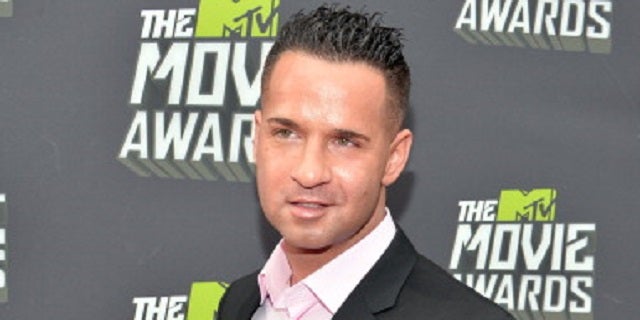 Mike "the Situation" Sorrentino just got served … with a defeat in his legal battle against clothing company Abercrombie & Fitch.

Former "Jersey Shore" star Sorrentino was shot down in his lawsuit over T-shirts bearing the expression "The Fitchuation" on Friday, after a judge granted Abercrombie & Fitch's motion for summary judgment.

Also read: The Situation to Abercrombie & Fitch: Hey, Sue You!

Sorrentino sued Abercrombie & Fitch in November 2011 claiming, among other things, that the apparel company was violating his trademark and unfairly profiting from his name and image.

The judge also found that Abercrombie & Fitch did not appear to claim that its own shirts were associated with Sorrentino.

"There is no evidence of A&F 'palming off' its T-shirt as that of the plaintiffs where, as here, the T-shirt has the A&F inside label and prominently uses A&F's own famous trademark 'Fitch' as part of the parody," the motion reads.

The motion also makes mention of an August 2011 press release in which the company offered Sorrentino and his "Jersey Shore" cohorts  up to $10,000 not to wear any clothing bearing trademarks owned by the company. Sorrentino's suit alleged that the release was a publicity stunt trading off of Sorrentino's popularity. However, the motion found otherwise.

"The press release did not directly promote a product or service but, as the plaintiffs concede, responded to Sorrentino's wearing A&F's brand," the motion reads.