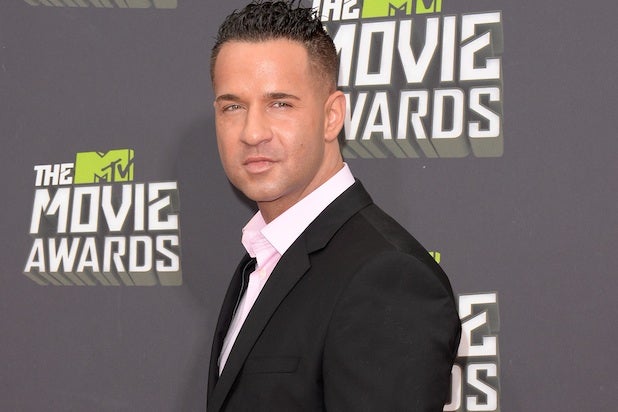 Mike “The Situation” Sorrentino has found a new network home.

The star of MTV’s former hit “Jersey Shore” will appear with his family on TV Guide Network’s “The Sorrentinos.” The cable network has ordered eight half-hour episodes with production set to begin this week in New Jersey.

“We’re excited to take viewers, who met Mike in a very different time and place of his life, and bring them along for this ride with ‘The Sorrentinos,'” said TVGN’s entertainment president Brad Schwartz. “Family is everything and it’s something people universally come back to no matter who you are and what you do. Fame just makes the stakes higher and more public.”

The “docu-comedy,” as TVGN is calling the series, will give fans an idea of Sorrentino’s life now and introduce his family members: mother, Linda; sister Melissa; and brothers Marc and Frank.

“The reality of the situation is… for the first time, fans and the general public, will be able to see and, well, meet Michael Sorrentino,” said Mike in a statement. “This next chapter of my life is about sobriety and family, and I’m stoked to take people on this journey with us.”

Sorrentino starred on MTV’s “Jersey Shore” for six seasons from 2009-2012. He also competed on Season 11 of ABC’s “Dancing With the Stars,” Fox’s dating game show “The Choice,” and Season 10 of Channel 5’s “Celebrity Big Brother UK.” Additionally, he has guest-starred on ABC’s “Suburgatory.”