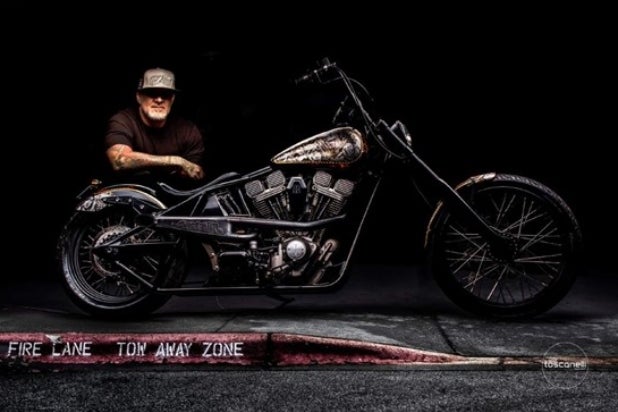 Jesse James is returning to reality TV this year.

Discovery Channel has set a revival of his “Monster Garage” series, which originally aired from 2002 to 2006.

The new season finds James, an Austin, Texas resident and founder of West Coast Choppers, back with “an upgraded garage, cutting-edge technology and a renewed passion for creating some of most mind-blowing vehicles to ever drive across television screens,” according to Discovery.

Since “Monster Garage” went off the air 14 years ago, James has traveled the world and honed his passion for metal-working. He apprenticed with world-renowned Israeli blacksmith Uri Hofi, and is returning to inspire a new generation of craftsmen.

“It’s crazy to think my relationship with Discovery Channel started exactly 20 years ago. After all this time I’m still excited to step into the Monster Garage,” James said. “Excited to work hard and push the limits again. Showing people what you can do with teamwork, skills, and a refusal to quit.”

“Jesse James is one of a kind – his builds are incredible; challenging on all fronts, but more than worth it in the end. He is bringing back Monster Garage to his Discovery home after 14 years with even more tricks up his sleeve. We are so looking forward to spotlighting his extraordinary talents on Motor Mondays,” said Nancy Daniels, chief brand officer of Discovery and Factual.

A premiere date has not yet been set. The series will be available to watch on Discovery Channel and the Discovery GO app later this year.