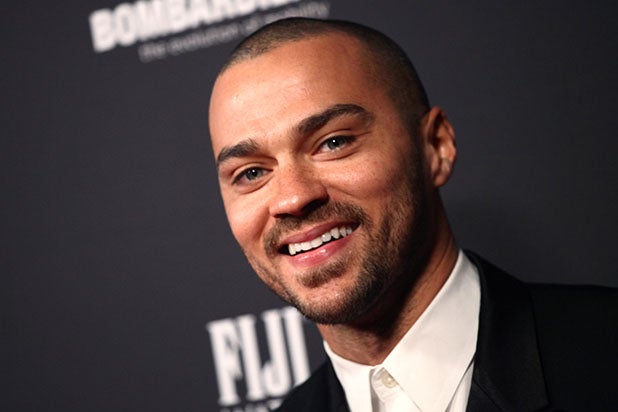 Jesse Williams said on Wednesday that there is “not a single sane sentence” in the Change.org petition demanding ABC fire him from “Grey’s Anatomy.”

The actor addressed the petition again shortly after TheWrap published an article about the amount of signatures nearly quadrupling in 24 hours, and blamed media attention for the rise. Currently, over 19,300 people have hopped on board the petition calling his BET Awards acceptance speech a “racist rant.”

“Because you keep incessantly promoting their cowardly intolerance,” Williams tweeted with a link to TheWrap’s article. “Not a single sane sentence in their claim. Not One.”

Williams previously addressed the petition by tweeting, “Do not promote empty people & their tantrums. Pure clickbait to gain followers, attention & money, for themselves, not you. Never you.”

While 19,000 may seem like a big number, here’s some context. The most recent season of “Grey’s Anatomy” in which Williams appeared averaged approximately 8 million viewers per episode. That means just 0.002 percent of the show’s audience — providing those signing actually watch the Shondaland drama — wants to see him fired. Good luck with that.

Shonda Rhimes has previously scoffed at the notion of firing Williams for his speech, which received a standing ovation from the crowd and was praised by many viewers on social media.

Williams used his time on stage at the BET Awards to call for an end to violence against the black community and police discrimination.

“Police somehow manage to de-escalate, disarm and not kill white people every day … I don’t want to hear anymore about how far we’ve come when paid public servants can pull a drive-by on 12 year old playing alone in the park in broad daylight, killing him on television and then going home to make a sandwich,” Williams said in his speech, referencing the killing of unarmed Ohio child Tamir Rice.

“If this was a white person making the same speech about an African American,” the petition reads, “they would have been fired and globally chastised, as they should be, but there has been no consequences to Williams’ actions.”