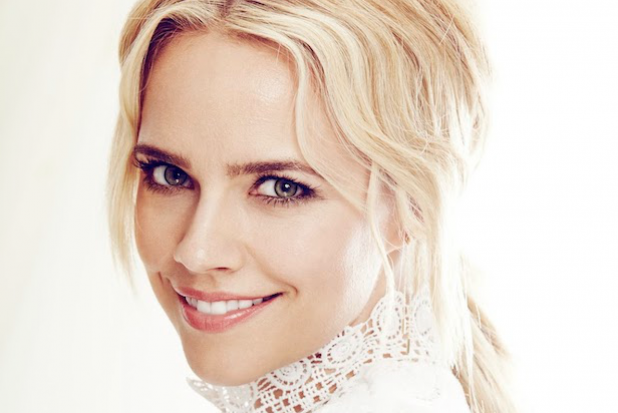 Who is your Harvey?

I'd like to address the social narrative of sexual abuse and share a new platform I am creating in an effort to make it easier to expose serial predators.

I recently wrote an op-ed about sexual abuse in Hollywood for CNN.com. In it, I shared thoughts on how to use this moment to propel us forward onto the path of eradicating this epidemic running rampant throughout our industry. Coming forward was not without fear, and in writing the op-ed, I dove deeper into this vulnerability. I wrote about my own experience with Harvey Weinstein, along with solutions I believe will make a difference in how sexual abuse is currently handled, outlining what I was personally doing to help push this movement even further. I also admitted to being not only sexually harassed but also sexually assaulted. The decision to talk publically about my assault was far more difficult than the decision to come forward about the harassment inflicted onto me by Harvey Weinstein.

Also Read: Rose McGowan's First Public Speech on Weinstein: 'I Have Been Silenced for 20 Years' (Video)

I poured my heart into my op-ed and felt very vulnerable sharing it. But, if my goal was to encourage others to speak out about their own violations, I knew it was ultimately the right decision.

I was shocked, although not surprised, when the op-ed was published and title referred to me as "Harvey Weinstein's Accuser." This caused a severe sense of discomfort that slowly formed into outrage. The fact that they printed an article that shared such personal experiences and opinions without having the consideration to use my name, rather labeling me as "His Accuser" was beyond disheartening. I am positive that CNN's intention was not to handle this in an insensitive manner and their team went to great lengths to change the wording after I expressed my disappointment. They were simply following the common narrative regarding sexual abuse in today's society.

Any time the conversation of sexual abuse is discussed, we are constantly shifting the focus off of the men and onto the women. Why do headlines read, "Harvey Weinstein's 30 Accusers" and not "These are the 30 Women Harvey Weinstein Harassed or Assaulted"? This type of passive voice removes the men completely from the equation, shifting focus solely on the women.

We are in the beginning of an unprecedented movement towards ending the mistreatment of women and the gross abuse of power in every industry, especially within the entertainment industry. The number of #MeToo posts is staggering and seeing how many of these assaulters seem to be serial predators is astounding.

When Ashley Judd first spoke of the sexual harassment concerning Harvey Weinstein, she did not name him. Still, I knew with every fiber of my being to whom she was referring. That's not surprising, since predator behavior is often not isolated to one victim. I have received several messages from women who have courageously shared their stories and have also asked, "What is the next step?"

One thing I'm doing is organizing a fundraiser with friends in the industry to help survivors raise legal fees to fight predators in court. I have also offered a few other suggestions, in my CNN op-ed, but now I would like to offer one more.

In an effort to expose serial abusers of sexual violations, I am launching the #WhoIsYourHarvey hashtag. Due to legal ramifications, it may be difficult to name your assaulter publicly. So I have set up an email account where both women and men can share their stories naming their abusers. Once I have more than one shared violation with the same accuser, with the victims' permission, I will connect them and they can make the decision whether or not to come forward together.

Also Read: NDAs Can't Silence Everyone: Here's When You Can Safely Break a Nondisclosure Agreement

I have said this before: There is safety in numbers and community in shared experiences. I know for a fact that I am not the only victim of my sexual assaulter, so I am sharing my story now in hopes that other victims will recognize his behavior and speak out, as well.

He was an agent at United Talent Agency (UTA) who then moved on to another prominent company, and then opened his own management company. He heavily pursued me as a client right before the release of "Ted." Finally, I accepted his offer. At first, he sent me on a lot of auditions and showered me with compliments and a belief in me. It was a bit much, but this is a competitive industry and I appreciated the enthusiasm. It wasn't much longer before he asked me to meet for dinner.

I was skeptical but at this point I believed he was someone I could trust in this business--he was my manager after all. Also, I was new to this level of representation and I thought that this type of meeting was typical between manager and client. I met him at a restaurant on Ventura Boulevard. I was well aware of the fact that this was a place he frequented. The staff seemed to know him well, doting on his every move and refilling our wine glasses at a furious pace. I had to politely decline a few times because I was driving.

He told me that he brought a different girl there most nights of the week because he couldn't stand to be alone. The dinner went fine. It lasted a lot longer than I would have liked because he kept ordering one plate at a time. Finally, it was over.

Outside, as we waited for our cars, he came up behind me and put his arms around my shoulders asking me to come back to his house for one more drink. I said, "No." He then pulled at my arm dragging me towards his car and asked again. "No," I repeated. "I am going home." My car arrived and I left. I remained his client and tried to keep things professional.

In the following months, he asked me to go to dinner again. He suggested we have dinner every Thursday. I declined and I said we could meet for coffee or lunch. After this rejection, the auditions drastically slowed down. During this time, a friend of mine also became a client of his and he requested we all meet for a dinner. I did not want to go, at all. This stands as a reminder to all women that you should ALWAYS trust your instinct.

Unfortunately, I did not and I have suffered greatly because of it. When I spoke with my friend, she too said that she was uncomfortable going alone, so we agreed to go together. I was a little late getting to the restaurant, the same one where we met at before. My friend texted me to ask if I was still coming because she felt uneasy being alone with him and was afraid I had cancelled. I walked in moments later and she looked relieved.

Once again, he showered us both with compliments and talked about how excited he was for this upcoming year in terms of both of our careers. Just like last time, the wine glasses kept magically refilling. I remember feeling very drowsy at the table.

The next thing I remember is waking up at home with six hickeys on my neck. I was horrified. I was completely and utterly confused and I was sick to my stomach. Through email, he tried to play it off as a silly make-out session between friends. He sent me message after message begging that we talk and letting me know how upset he was and that he couldn't sleep because of the pit in his stomach.

At first, I went through textbook emotions experienced by victims of sexual assault. I felt completely ashamed and like it was my fault. Over and over in my mind, ran self-blaming thoughts like, I should have trusted my goddamn instincts, I never should have gone, and I should not have had any wine. I was in a committed relationship that meant the world to me. He knew this. I talked about my relationship throughout the whole dinner. I felt devastated, humiliated and completely violated. I felt this way because he was the one who devastated me, he humiliated me, he violated me.

This was years ago and I did not possess the strength or the confidence that I possess today. I was so wrapped up in blaming myself that I failed to even recognize that I had been sexually assaulted. That is how blinding shame can become.

Up until then, I prided myself on setting appropriate boundaries with men in my industry, turning down film roles that compromised my values and conducting myself in a manner in which I could be proud. Now here I was, after being in Hollywood for years, having been both sexually harassed and sexually assaulted within a couple of years. I was mortified and not in a place where I could emotionally or financially pursue a court case. Some people question the credibility of women who don't come forward or report their assault. The thing is, I did. I did go to the cops. And yet, it ended there. He suffered zero consequences.

Soon after, I met another woman who had a very similar experience with him but did not feel comfortable coming forward. And soon after that, another girl with another story. Until now, and like so many of us, I have felt completely powerless regarding my violations. It is time for us to step back into our power, use our voice as our weapon and expose every other open secret in Hollywood and around the world.

I see you. I hear you. I believe you.