Moss had to depart the series over scheduling conflicts, an individual with knowledge of the project told TheWrap.

“Candy” centers on Candy Montgomery, the infamous Texas murderer, and her victim, Betty Gore. Here is the logline for the series: In 1980 Texas, Candy Montgomery (Biel) seemingly had it all – loving husband with a good job, a daughter and a son, a nice house in the brand new suburbs – so why did she kill her friend from church with an ax? 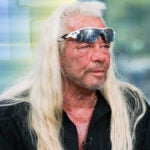 “Candy” is produced by Universal Content Productions. The series will be written by Robin Veith with Nick Antosca executive producing; both worked on Hulu’s true-crime limited series “The Act.”

Biel was nominated for an Emmy in 2018 for her starring role in Season 1 of the USA Network crime drama “The Sinner.”

The drama is the second scripted series to center on the infamous Montgomery. Fellow streaming service HBO Max has its own series from David E. Kelley and Lesli Linka Glatter, “Love and Death,” which will star Elizabeth Olsen as Montgomery.

The HBO Max version is based on the book “Evidence of Love: A True Story of Passion and Death in the Suburbs” and a collection of articles from “Texas Monthly.”