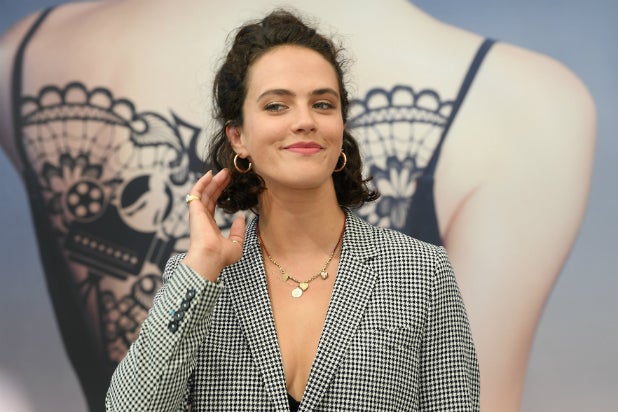 Jessica Brown Findlay has been set to star as the female lead opposite Alden Ehrenreich and Harry Lloyd in “Brave New World,” a TV series adaptation of the Aldous Huxley novel from UCP and Amblin Television, a spokesperson for UCP confirmed to TheWrap.

Brown Findlay will play Lenina Crowne, a Beta Plus Hatchery worker who has begun to question her position within the strict social strata of the New World.

The adaptation was ordered straight-to-series at USA earlier this year. Huxley’s book imagines a utopian society that has achieved peace and stability through the prohibition of monogamy, privacy, money, family and history itself.

“Brave New World” centers on Bernard Marx (Lloyd) and Lenina Crowne (Brown Findlay), citizens of New London who have only ever known a rigid social order, a perfect pharmaceutical called Soma, and a culture of instant gratification and ubiquitous sex. Curious to explore life beyond the strictures of their society, they embark on a vacation to the Savage Lands, where they become embroiled in a harrowing and violent rebellion. Bernard and Lenina are rescued by John the Savage (Ehrenreich), who escapes with them back to New London. John’s arrival in the New World soon threatens to disrupt its utopian harmony, leaving Bernard and Lenina to grapple with the repercussions. The three become entwined in a fraught relationship that awakens them to the dangers of their own conditioning.

Ehrenreich’s Savage is described as a “subversive outsider who threatens to disrupt the stability of New London’s utopian society.”

The series was adapted for TV by “Homecoming” alum David Wiener along with Grant Morrison and Brian Taylor. Wiener will serve as showrunner and executive produce alongside Morrison and Amblin Television co-presidents Darryl Frank and Justin Falvey. “Black Mirror: San Junipero” director Owen Harris is attached to direct the first episode.