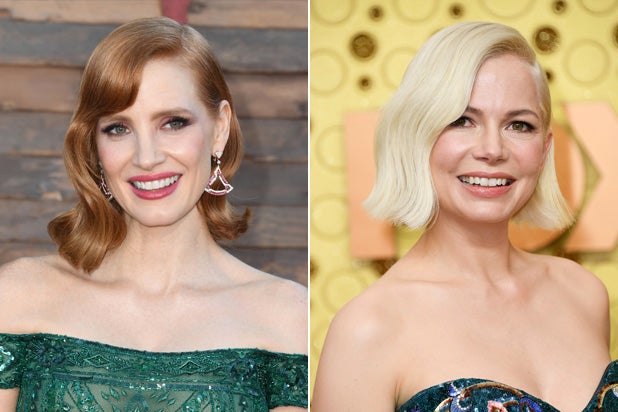 Jessica Chastain is replacing Michelle Williams as Oscar Isaac’s co-star in HBO’s limited series “Scenes From a Marriage.” The “Fosse/Verdon” star had to leave the show due to scheduling conflicts, an individual with knowledge tells TheWrap.

Here’s the logline for “Scenes From a Marriage,” which comes from “The Affair” co-creator Hagai Levi: “An adaptation of Ingmar Bergman’s classic series, ‘Scenes from a Marriage,’ that re-examines the show’s iconic depiction of love, hatred, desire, monogamy, marriage and divorce through the lens of a contemporary American couple.”

“Scenes From a Marriage” is a co-production between Media Res and Endeavor Content.

The project reunites Chastain with Issac, after the two co-starred in 2014’s “A Most Violent Year.” A two-time Academy-Award nominee, Chastain’s other film credits include “Molly’s Game,” “Zero Dark Thirty,” Universal’s upcoming “The 355,” and the “The Eyes of Tammy Faye,” which is currently in post-production. She is also starring in “George and Tammy,” originally a biopic setup at Paramount that is being turned into a limited series for Spectrum and Paramount Network.