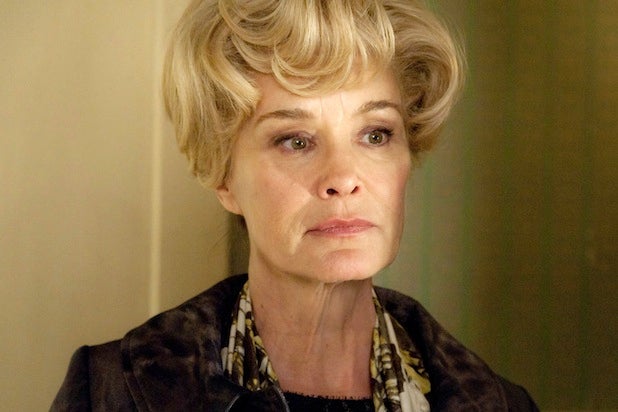 Guess again, because the franchise alum will be returning to the series for the upcoming eighth installment, “Apocalypse” — a crossover between Season 1 (“Murder House”) and Season 3 (“Coven”) — star Sarah Paulson told TheWrap during the show’s panel at the Television Critics Association press tour Friday.

Lange played the creepy next door neighbor Constance Langdon in “Murder House” and (former) Supreme witch Fiona Goode in “Coven.” But she exited the franchise after Season 4 aka “Freak Show” and hasn’t returned for even a cameo since. However, Paulson was given permission by creator Ryan Murphy — who wasn’t sitting on the panel — to reveal Lange is returning for Season 8.

“I do have the great pleasure of letting you all know that, yes, she will be back,” Paulson told TheWrap. “Jessica will be returning as Constance in an episode I’m going to direct.” Lange will guest star on Episode 6.

“AHS” fans started to clamor for a Lange comeback (even more than they usually do) when Murphy broke the news in June that the upcoming season would be the highly-teased mashup. Suspicions that the actress was returning reached a peak when Murphy announced that he had cast “Assassination of Gianni Versace” breakout star, Cody Fern, as an adult Michael Langdon.

Why? Because in “Murder House,” Michael was the baby Vivien (Connie Britton) gave birth to after being raped by Tate (Evan Peters). Tate’s mother, Constance, adopted his demonic offspring, who was last seen giggling as a toddler, covered in blood, after murdering his babysitter in the Season 1 finale.

“AHS” has already been renewed for a 10th season, FX chief John Landgraf told TheWrap Friday during the network’s day at the Television Critics Association press tour. Yes, Season 10, because the Murphy series was previously renewed by FX for eight and nine at the same time.

The renewal comes as a bit of a surprise, amid Murphy’s upcoming move to Netflix in the wake of a giant $300 million overall deal with the streamer and his exit from the cable network’s sister studio 20th Century Fox.