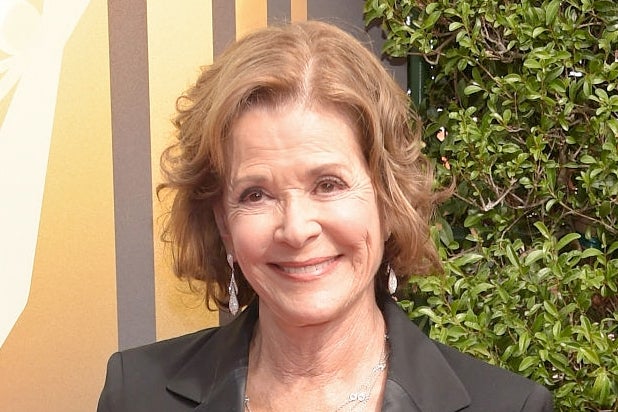 Jessica Walter, star of “Arrested Development” and “Archer,” died in her sleep Tuesday at age 80. Almost immediately after her passing was announced, tributes to Walter flooded social media.

Walter was known for her role as Mallory Archer in the show “Archer,” and Lucille Bluth on Ron Howard’s “Arrested Development.” In 1971, she played Evelyn in “Play Misty for Me,” one of her earlier breakout performances.

Oh man!! I loved you Jessica Walter. I grew up watching you AND admiring you. Always consistently excellent. Rest well 💛 https://t.co/40d22s6pA1

One reason Walter’s presence on screen is so powerful was her impeccable sense of comedic timing and mastery of a whole array of facial expressions — as historian Kevin Kruse said Wednesday, “she could do more with a wordless reaction than anyone.

Jessica Walter was a queen in every way: kind, classy, incredibly talented, generous with love & support. And so insanely funny. She was the brilliant center of our @archerfxx universe. Sweet flight to you, dear Jessica. You were so loved, and we were so lucky to know you. 💔 pic.twitter.com/0fsXh6CwbS

RIP to the fabulous Jessica Walter, queen of the undermining zinger.

She could do more with a wordless reaction than anyone. pic.twitter.com/iSuKgLyvZm

RIP Jessica Walter. One of the funniest lines still ever delivered is:

Michael: Get rid of the Seaward.

I have laughed some of my hardest laughs because of Jessica Walter. 💔 https://t.co/3IjaTxxpbz

This is so incredibly sad. I loved Jessica so much. She was so funny and marched to the tune of her own drummer. A true original whom I had the honor of working with several times. So much love to you, Jessica. Rest In Peace. ❤️❤️❤️ https://t.co/Sm0tqvE4Os

“Jessica Walter’s spectacular turn as the devilish Lucille Bluth is one of the great comedic performances of television history, and we loved working with her as much as audiences loved her on Arrested Development,” 20th Television, the studio that produced “Arrested Development,” said in a statement to TheWrap Thursday. “Our hearts go out to her family and friends, particularly her daughter, and our former colleague, Brooke. We know that heaven just got a whole lot funnier with Jessica now in residence.”

In memory of the iconic actress, some posted callbacks to Walter’s most iconic lines and moments from her many roles. “I wanna cry so bad, but I don’t think I can spare the moisture,” Taylor Garron tweeted, referencing one of Lucille Bluth’s many legendary lines, said in season three of “Arrested Development.”

i wanna cry so bad, but i don’t think i can spare the moisture

With a career spanning across five decades, Walter more than made a name for herself in television. She won an Emmy for her lead role in “Amy Prentiss.” Walter also received Emmy nominations for her roles in “The Streets of San Francisco” in 1977 and “Trapper John, M.D.” in 1980.

She also worked with George Segal, who died earlier this week, in two sitcoms. Walter appeared in “Just Shoot Me!” as Eve Gallo, wife to Segal’s Jack Gallo. The pair played a married couple once again in TVLand’s shortlived series “Retired at 35.”

RIP and a true story – when I made her Arrested Development character my Twitter avatar, she sent me an email asking me to take it down https://t.co/tKZuMqhhjc

The WAIL I just let out in my home office.
RIP to a legend. Interviewed Jessica Walter once and delightful doesn't *begin* to describe this one of a kind, wonderful actor. https://t.co/pyJbkvHJSY

The second you heard Jessica Walter's diamond grit voice you knew you'd be in for something spectacular. The realest, funniest one, RIP.

Jessica Walter was the fucking best. Lucille Bluth is one of the best comedic performances of all time. "If I wanted something your thumb touched, I'd eat the inside of your ear!" RIP https://t.co/QYtkz6pv5m

Jessica Walter’s performance in Arrested Development made me look forward to one day being a mean old bitch. RIP.

I just heard the shitty news about Jessica Walter an absolutely brilliant actress and amazing talent. I consider myself privileged and very lucky to have been able to work with her. Lucille Bluth is one of TV's greatest characters