It’s a “Jessie” reunion on the latest episode of “BUNK’D” with Cameron Boyce guest-starring and reprising the role of Luke Ross.

In the episode, Luke reunites with his siblings and finds himself in an unexpected turf war that erupts between Camp Kikiwaka and the rival camp across the lake.

In anticipation of the reunion of all the Ross siblings, Boyce and co-stars Peyton List, Skai Jackson and Karan Brar shared with TheWrap the first piece of advice they got when they first started on the Disney Channel sitcom in 2011.

“I was having a hard time finding my comedy and how to execute a joke. Pamela Eells-O’Connell once shared a quote with me by George Bernard Shaw – ‘Dying is easy comedy is hard,'” said List. “This quote still stands out in my mind and helps me get to where I need to be in a certain scene. My brother Spencer is guest starring on this week’s episode and I actually found myself sharing this advice with him while running lines together in my dressing room.” 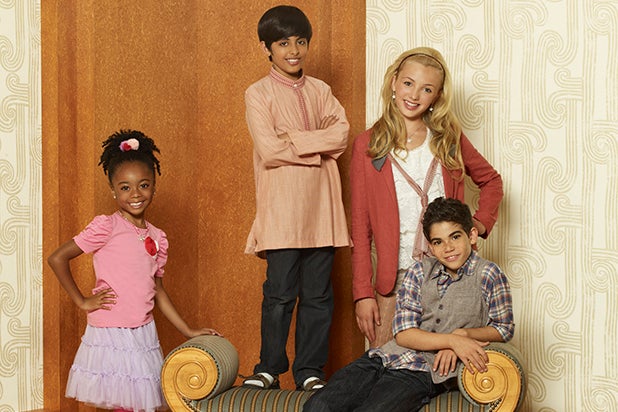 Jackson, who plays Zuri Ross, said: “The one advice I was given was just to have fun! Don’t take your job so seriously and it may seem like a lot of work – rehearsal all day, memorizing lines and filming, but it’s not if you just stay confident and have fun with everyone.”

“Never stop learning are the three words and piece of advice I received when I first started working on ‘Jessie,'” said Brar, who plays Ravi. “Those words have kept me motivated since day one, making me want to learn everything and anything I can about where I work. As an actor it’s easy to get ahead of yourself and assume you know everything about your workspace but because of that advice I strive to constantly keep learning, even till today.”

Boyce recalls the advice of enjoying the ride.

“One of the first things I learned on Jessie that I will carry with me for the rest of my career is to appreciate every moment. Every person. Try to learn as much as you can, especially if what you’re doing is what you want to continue to pursue!” he said. “Seeking knowledge allowed me to build a mutual respect between me and the cast and crew who I shared a sound stage with every day. I understood my place. Just because I was an actor on the show didn’t mean that I should receive special attention or kudos. In fact, the Jessie crew worked on some of my favorite childhood shows like “That’s So Raven” and “Wizards of Waverly Place.” I looked up to them, no matter which department they worked in. Set had the potential to educate as much as a college course, and thanks to veterans who opened my eyes to all of the knowledge I could gain, I was able to soak it up and be better informed on the whole process. I learned from hard working, intelligent people who taught me by balancing lessons and leading by example. Four years went by awfully quick. When I look back to reflect I see a young kid who wasn’t going to take anything for granted. A lot of people want to be actors. Being on ‘Jessie’ taught me that I can’t forget how special it is that I get to do what I love every day.”

The show airs Fridays at 8 p.m. ET on Disney Channel.