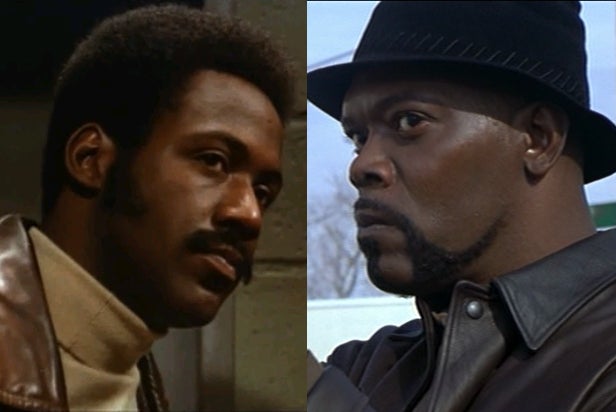 • YOU ARE DAAAMN RIGHT! #Shaft This Was One of The Toughest Projects We Have Had to Do Yet, Shout Out to Our Whole @musikafrere Team • **SWIPE** To See Original Mood Board #samuelljackson #menswear #movement #design

The behind-the-scenes photo was taken in New York City over the weekend as the three leads were decked out to the nines in Musika Frere tailoring. Musika Frere is a hot fashion brand based out of New York which was launched on Instagram by Aleks Musika and Davidson Petit-Frère.

The film is being directed by Tim Story (the “Ride Along” series) and produced by John Davis, Ira Napoliello and “Black-ish” creator Kenya Barris, who wrote the script with Alex Barnow.

MGM’s original “Shaft,” a 1971 blaxploitation film with Richard Roundtree as private detective John Shaft and a soundtrack provided by legendary crooner Isaac Hayes, took in $13 million at the box office on an estimated $500,000 budget. A 2000 John Singleton-directed sequel with Samuel L. Jackson in the title role also featured Vanessa Williams, Jeffrey Wright, Christian Bale and Busta Rhymes. It opened atop the box office and took in $107 million worldwide on an estimated $46 million budget.