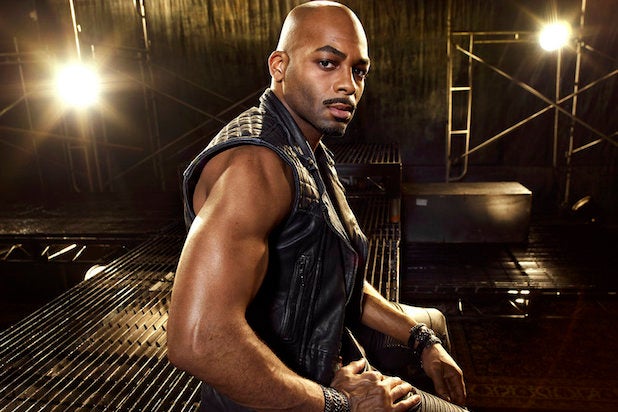 Brandon Victor Dixon spent nearly a year on Broadway playing Aaron Burr in the hit musical “Hamilton,” taking over the role from original star Leslie Odom Jr. in 2016. So when he was cast in NBC’s Easter Sunday live TV musical “Jesus Christ Superstar,” Hamilfans everywhere were like “YAS!”

But what does Dixon think about taking on yet another iconic “bad guy” — especially since this time he’s straight up charged with betraying Jesus (John Legend)?

“I’m very moved by it,” Dixon told TheWrap in a recent interview. “The thing I love about this piece is breaking apart the mythology of these archetypes. And being able to dive into the truly human elements of love and duty. And looking at the different sides of these archetypes of Jesus, Judas and Mary. So for me, Judas in many respects is an anti-hero in the same way that Burr was. So the thing I enjoy here is being able to reveal the color of Judas, since people have a very concrete limited view of who that archetypal figure is supposed to represent.”

Also Read: Why 'Hamilton' Won't Be NBC's Next Live TV Musical -- or Even Several After That

So is getting ready for a leading role in the Peacock’s latest live musical harder than starring in Lin-Manuel Miranda’s masterpiece?

“Oh, it’s more intense than ‘Hamilton,” Dixon says. “The vocal section is much more intense. And also just the acting spectrum that Judas goes through is more intense too. Because it’s more fixed, meaning you have more limited movement. You have less real estate to traverse your trajectory. Whereas with Burr, you know, I’m constantly out there.”

“And also, in ‘Hamilton,’ Burr kills Hamilton. In this, Judas gets Jesus killed — and kills himself. So you know, more,” Dixon added, laughing.