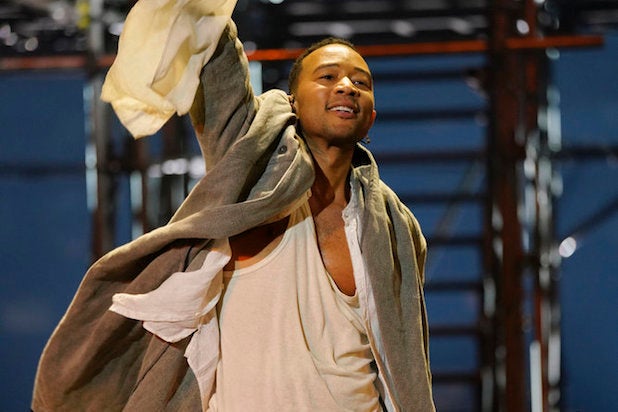 Last night’s special, which starred singer John Legend in the titular role, posted a 6.0 overnight rating/10 share in the 56 metered-markets monitored by Nielsen. Excluding sports and the network’s Golden Globes, that is NBC’s top time slot (8 p.m. to 10:15 p.m.) rating in three years — since the “SNL 40” special.

This isn’t the first Easter-timed and religious-themed live TV musical. Remember Fox’s “The Passion”? No? Well, that one which on March 20, 2016 to a 4.3/7 in the metered markets. Not getting past the pearly gates with those numbers, we’re afraid.

Technically, “Jesus Christ Superstar” ended at 10:23 p.m., so these numbers are subject to some adjustment. Check back with us later for more details and a total viewer tally.