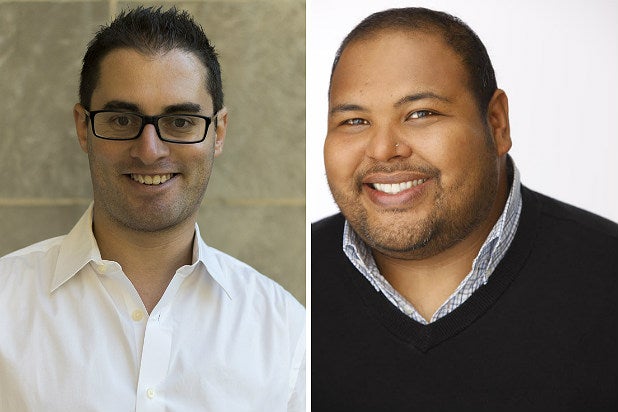 TheWrap is pleased to announce several staffing changes, including the promotion of Jethro Nededog to TV Editor, overseeing the site’s growing television coverage and additions to the reporting team.

Jordan Chariton, formerly of TV Newser, has joined TheWrap as media reporter, and Alicia Banks has joined the reporting staff from The Los Angeles Times, part of TheWrap’s ongoing expansion in its newsroom.

“We are so proud to promote Jethro Nededog, whose deep knowledge of the TV business makes him a must-read within the entertainment industry,” said Sharon Waxman, the site’s CEO and Editor in Chief.  “He is well placed to lead our TV team, and we are excited to see what Jordan is already bringing to the media beat.”

“I’ve watched Jethro grow from a dogged reporter on the TV beat to a top editor and manager,” said Joseph Kapsch, executive editor of TheWrap. “His growth is most gratifying to watch and I can barely wait to see what Jethro accomplishes next as we continue to expand our digital footprint,”

Said Nededog: “It’s an exciting time here. We’re constantly challenging ourselves to break more scoops, to dive deeper into the TV industry and its decisions and to tell the stories no other entertainment publication dares to tell.”

Nededog has covered television at The Hollywood Reporter, LA Times, Zap2it and Metromix. Previously, he wrote and produced documentary TV for National Geographic, History, Discovery, E! and the TV Guide Network. He has a BA in journalism from NYU and an MFA in writing from USC. His TV passions include trashy reality TV, soapy dramas, sci-fi and he would never turn away a “Cosby Show” rerun.

“It’s refreshing to join a team that embraces impactful reporting and analysis for the new media age,” said Chariton. “I’m grateful to be part of a rock-star team.”

Chariton joins TheWrap as Media Reporter from Mediabistro’s TVNewser and LostRemote. Before that, he worked inside the “belly of the beast,” spending four years working in cable news, at Fox News, Fox Business and MSNBC. He also spent almost two years as the digital producer at NYC’s legendary non-profit 92nd Street Y. When he’s not reading, writing, or engaging in deep, soulful conversation, Jordan is most likely taking in a movie, museum, restaurant, or binge watching Netflix.

Alicia Banks is the most recent reporting hire at TheWrap. She joins as a blogger-reporter on the television team from more than a year reporting in various departments at The Los Angeles Times. She joins the team in mid-December.

About TheWrap's executive editor Joseph Kapsch: He was former Editor, THR.com at The Hollywood Reporter. Previously, he spent five years at Tribune Company, developing and growing their digital entertainment properties. As Los Angeles Times’ deputy entertainment editor for online, he helped lead LATimes.com's showbiz coverage to a robust readership on the web, and then was tasked with redesigning and relaunching Tribune's television news site Zap2It. He's also held key editorial positions at Access Hollywood, ABC/Disney Digital, NBC.com and Sony Pictures Digital. He can be reached at [email protected] or on Twitter @JosephKapsch
KEEP READING..