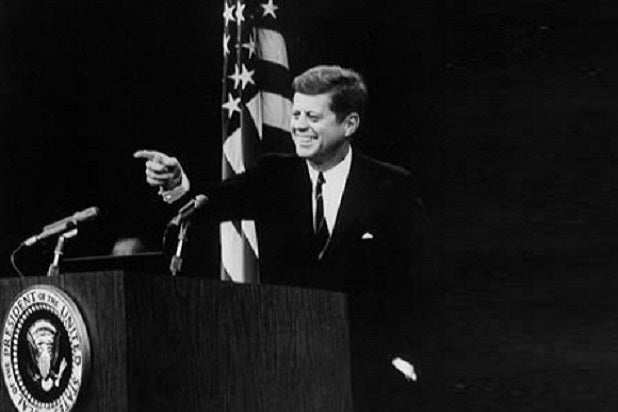 More than 50 years after after President John F. Kennedy’s assassination, the event is still sparking debate, and now a new chapter in the ongoing back-and-forth is poised to play out in the legal system.

In a new lawsuit, Gayle Nix Jackson, the granddaughter of Orville Nix, who captured the assassination on film, is suing the U.S. government for the return of her grandfather’s footage.

The suit, filed against the United States of America and the National Archives and Records Administration, claims that Nix’s footage was handed over to the FBI in December 1963 and used by the Warren Commission in its investigation of the assassination, but has not yet been returned.

“Without the Defendants taking any accountability let alone identifying the whereabouts of the original Nix film by negligence or otherwise, the granddaughter of Orville Nix initiates this action,” reads the suit, filed in federal court in the District of Columbia on Saturday. “This action seeks the return of the original Nix film that would provide an opportunity for researchers and others to examine the JFK assassination and grassy knoll area…”

Barring the return of the footage, the suit asks that the government “pay just compensation to plaintiff for its failure to secure, protect and turn over the film.”

The lawsuit contends that the government paid $16 million for the better-known assassination footage shot by Abraham Zapruder, and seeks compensation of “no less than $10 million.”

According to the suit, the Nix footage captured “the fatal shot to President Kennedy’s head with the grassy knoll in the background, Jackie Kennedy climbing onto the trunk of the car and Secret Service agent Clint Hill jumping onto the moving car.”