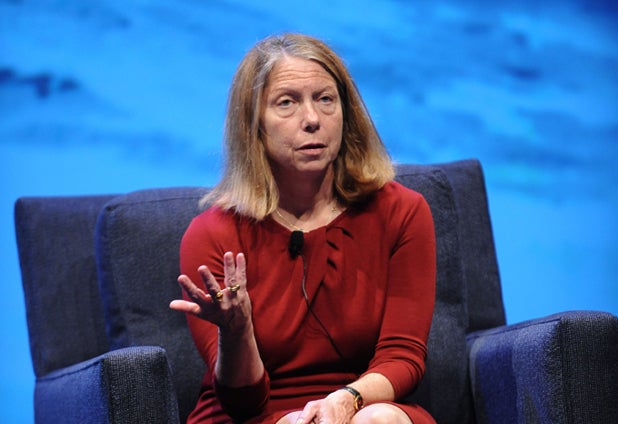 Just one day after the New Yorker published a blistering report uncovering substantial differences between Jill Abramson’s salary and her male predecessors, The New York Times is denying that pay discrepancy led to the editor’s firing.

In a memo sent out to a select group of NYT staffers Friday, Times CEO Mark Thompson decried the article that suggested Abramson was ousted for speaking out about her pay, according to Politico.

“There are many who want to believe that pay was somehow a factor. It just wasn’t. Despite all you may have read or heard, Jill’s compensation was in fact greater than [her predecessor] Bill Keller‘s,” The memo said. “Nor is it true that Jill’s unhappiness with her compensation was a factor. The record shows that even until very late in the day the company was trying to address that unhappiness – not because Jill was being unfairly compensated relative to previous incumbents but because we all wanted an Executive Editor who was fully engaged and focused on the task in hand.”

Furthermore, Auletta reports that Abramson’s salary as managing editor  — $398,000 — was lower than her news editor, John Geddes. When she was Washington bureau chief, Abramson’s salary was nearly $100,000 below her eventual successor, Phil Taubman.

A few weeks ago, Abramson hired a lawyer as a response to her salary gap, the New Yorker said.

According to a Times spokeswoman Eileen Murphy, the key here is compensation. She told Politico that when equity and bonuses were added into the equation, Abramson earned more in 2013 than Keller ever did as executive editor.

​”Executives at the New York Times receive compensation packages that include salary, bonus and equity,” Murphy told TheWrap. “It is the​ combination of those things ​that ​equals an​ executive’s total pay. That is the relevant figure for Jill ​Abramson ​during her time here. Salary is just one part of it.”