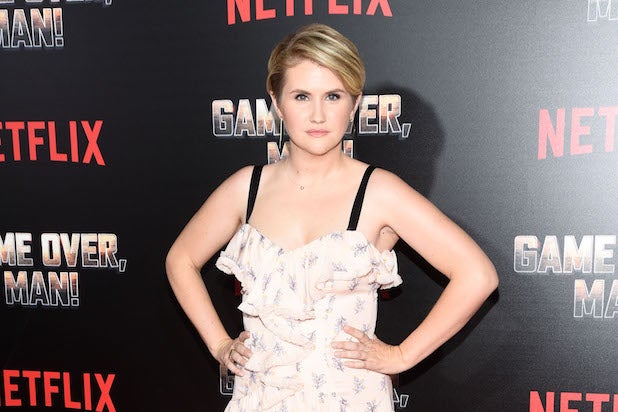 “22 Jump Street” standout Jillian Bell has been cast in the lead role on James Corden’s Showtime comedy pilot, “The Wrong Mans.” Starring opposite Ben Schwartz (who also produces the potential series) Bell will play the part of Anna, which is based on the role of Phil that Corden played in the original British version.

Corden penned the pilot and executive produces alongside Mathew Baynton, Ian Maxtone-Graham, J.J. Abrams, Angie Stephenson, and Ben Stephenson. Jim Field Smith executives produces and is directing the pilot, which is based on the BBC series created by Corden and Baynton.

Anna is a co-worker of Sam (Schwartz). She is a somewhat deluded fantasist who lives with her mother and has such an empty life that she leaps at the opportunity to join Sam in saving a kidnapped woman, per Showtime. Whereas Sam just wants to get on with his quite ordinary life, Anna is desperate for excitement and extremely unrealistic about her capacity as an action hero.

“The Wrong Mans” is an action-comedy about two ordinary office workers who have their menial existence turned upside-down by a chance phone call and a case of mistaken identity: “If you are not here by 5 o’clock, we will kill your wife.” As the only people who can help, these two unlikely characters must find their inner hero in their quest to save not just themselves, but their loved ones and ultimately their whole town.

“The Wrong Mans” is produced by Bad Robot Productions, Fulwell 73 Productions and BBC Studios in association with Warner Bros. Television.