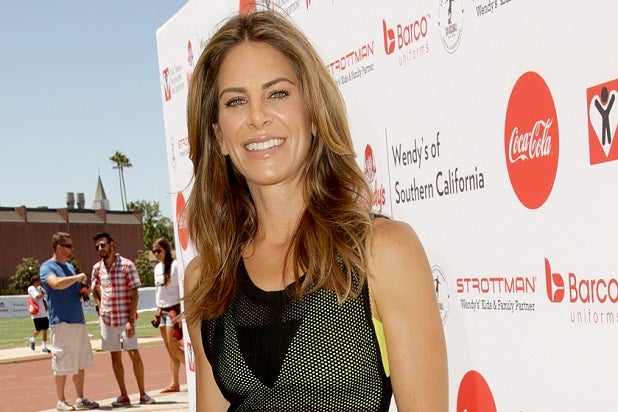 “The Biggest Loser” alum Jillian Michaels is ready to get sweaty with Spike TV.

Michaels, who parted ways with NBC’s “Loser” in June, will host and executive produce a new series, “Sweat Inc,” for Spike TV, the network said Tuesday.

The series, which has received an order for 10 one-hour episodes, will find a dozen aspiring fitness entrepreneurs vying to prove that they’ve developed the next groundbreaking exercise program.

Michaels will be joined by two other fitness industry experts at the judges’ table as they decide who’ll take home the grand prize.

The series, produced by 3 Ball Entertainment, will begin production in the summer for a fall premiere.

“‘Sweat Inc.’ is a competition elimination show that has elements of today’s most compelling and engaging shows. It explores the savvy, grit, guts and glory to make it big in business while unleashing and exposing the most cutting edge, innovative, underground workouts to the masses,” Michaels said of the upcoming series.

Spike also said on Tuesday that it had ordered eight additional episodes of the reality offering “Lip Sync Battle,” which premieres April 2 at 10 p.m. The additional order brings the current number of episodes up to 18.

The new series features celebrities lip-syncing to songs of their choice, fighting it out for the coolest bragging rights on the planet. Anne Hathaway, Terrence Howard, Taraji P. Henson, Justin Bieber, Jimmy Fallon, Anna Kendrick and Jennifer Lopez are among those who’ll compete in the series.

On the scripted front, Spike TV said Tuesday that it is partnering with Legendary Pictures to develop the original series “Emergency Broadcast,” about a group of government first responders who confront the planet’s most fantastic crises and disasters. The series aims to provide “a more realistic, never-before-seen take on how America would actually contend with such extraordinary encounters.”

During its upfront presentation on Tuesday, Spike also announced its new tagline, “Spike: The Ones to Watch.” The new tagline is designed to encompass the network’s shift to a general entertaiment network, after skewing to a younger male audience previously.

“It speaks to the network’s bold personalities and a brand pushing the boundaries of the unexpected,” the network said of the new tagline. “With a dynamic multi-platform redesign, Spike’s on-air look will reflect the brand’s evolution.”