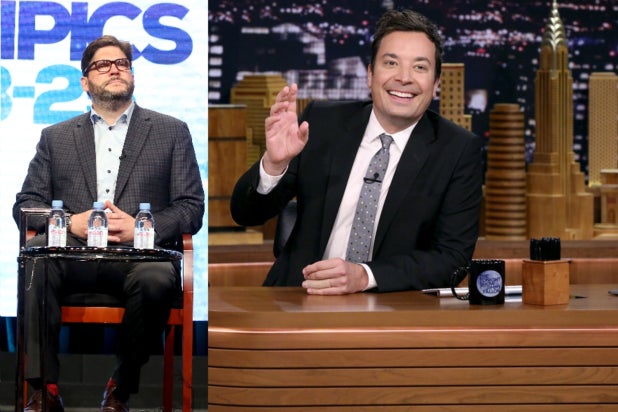 “The Tonight Show Starring Jimmy Fallon” may soon have a new leader.

Bell, who also previously ran “Today” as an executive producer, would take over as showrunner for the NBC late night franchise, which had been run by a trio of executives for the past two years. Bell has been president of NBC Olympics production & programming since 2017. Bell would still remain involved with the network’s Olympics coverage, which has the 2020 Summer Games from Tokyo up next.

On Monday, Mike DiCenzo, one of the trio of producers overseeing the show, announced his departure after a decade in late night television. DiCenzo’s departure had been long in the works. Following the departure of former showrunner Josh Lieb in 2016, DiCenzo ran the show’s creative team with Gerard Bradford, while Katie Hockmeyer had oversight of production.

Bradford and Hockmeyer will remain in their current roles.

If Bell were takes over, he wouldn’t be the only executive to make the jump from morning to late-night.

Though Bell has news chops from his “Today” tenure, Fallon’s “Tonight Show” will not add a more political slant to the show, a path which has led to success for Stephen Colbert and Jimmy Kimmel.

“The Tonight Show’s” cutest segment has attracted Adele, the Muppets and Metallica

Carly Rae Jepsen was featured in the first "Classroom Instruments" segment on June 8, 2012. At the time, the segment was presented as an opportunity for The Roots to showcase their musicianship by playing a stripped-down rendition of the Canadian pop star's hit single "Call Me Maybe."
View In Gallery