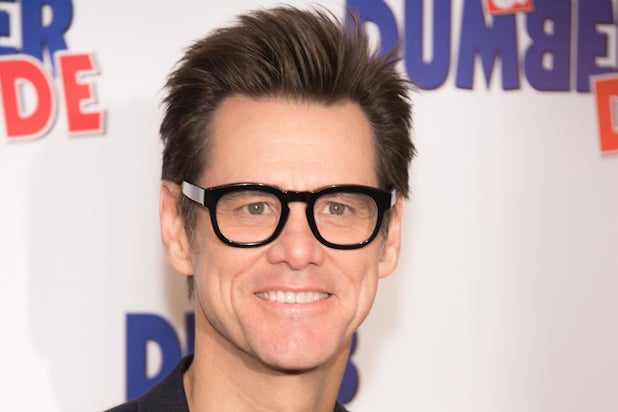 Jim Carrey has something to transmit to the estranged husband of his deceased ex-girlfriend, Cathriona White.

The “Ace Ventura” star, who’s being sued by Mark Burton for allegedly contributing to White’s suicide, issued a statement Friday.

“Is this the way a ‘husband’ honors the memory of his ‘wife?'” Carrey said, echoing his attorney Martin Singer’s assertion that Burton and White were engaged in a sham marriage.

The actor was sued on Monday by Burton, who claimed that Carrey had illegally obtained  “highly addictive and, in this case deadly” drugs under the name Arthur King, then gave them to White, subsequently causing her September 2015 death, which was deemed a suicide.

On Thursday, Burton filed an amended complaint, further alleging that Carrey had given White two forms of herpes, as well as gonorrhea, without informing her that he had the diseases. The amended complaint went on to claim that Carrey first blamed White’s symptoms on aggravated follicles or bumps from vigorous sex and, later, the result of an “abrasion.” After undergoing testing and awaiting the results, Burton contends, “Carrey then attempted to suggest that she had contracted the diseases from someone else.”

The suit went on to allege that, when White confronted Carrey about it, the actor “manipulated her, shamed her, exploited her, threatened her, and used his handlers and attorneys to silence her.”