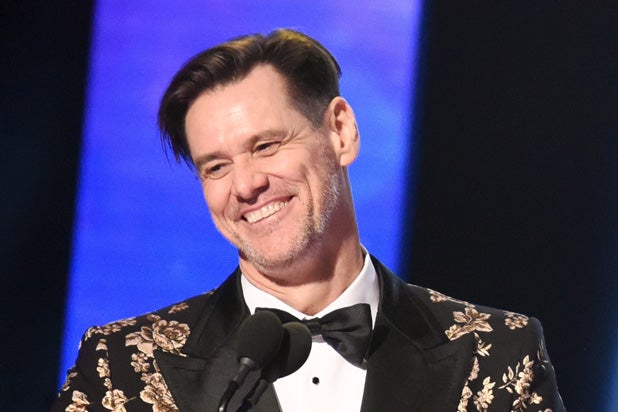 If you thought that the Trump presidency couldn’t become any more of a circus, Jim Carrey has some jarring — if amusing — news for you.

Carrey fired up his Twitter account to unveil his latest Trump-thumping artwork Tuesday afternoon, hours before Trump was scheduled to address the nation regarding his proposed border wall.

The cartoon depicts a Trump-ian circus clown, too distracted by the balls he’s juggling to realize that his comically oversized clown shoes are about to lead him off of a cliff.

“When Trump tries to frighten and decieve [sic] the nation tonight, remember to follow every sentence that comes out of his mouth with, “HE LIED!” (7000 + so far),” Carrey wrote.

“Don’t let him turn you into a clown, too busy juggling his lies to see the edge of the cliff,” the actor added.

Carrey appeared to be referencing a Washington Post report that Trump had made more than 7.000 false or misleading claims since assuming office.

Carrey might also have possibly been making a nod to South Carolina Rep. Joe Wilson’s 2009 interruption of Obama’s speech, when Wilson yelled, “You lie!” in response to a statement Obama made regarding illegal immigrants — a topic that just might be broached by Trump in Tuesday’s address.

In any case, at least Carrey didn’t propose a drinking game for Trump’s address — because that just might be lethal, no matter how brief the address turns out to be.

Check out Carrey’s latest cartoon below.

When Trump tries to frighten and decieve the nation tonight, remember to follow every sentence that comes out of his mouth with, “HE LIED!” (7000 + so far)
Don’t let him turn you into a clown, too busy juggling his lies to see the edge of the cliff. pic.twitter.com/VL8BNIBwuN