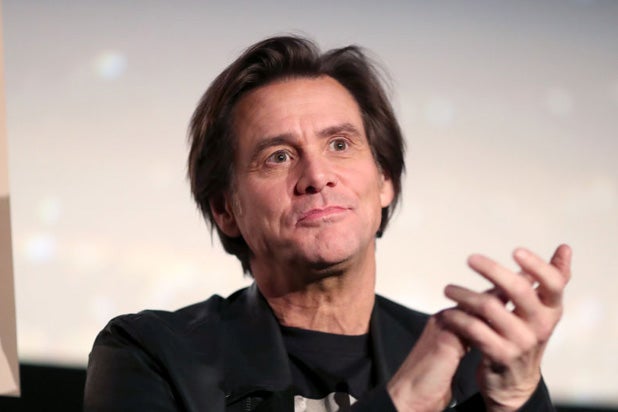 Actor/artist Carrey unveiled his latest anti-Trump cartoon on Thursday, depicting the current Commander-in-Chief and what appeared to be Saudi Arabia Crown Prince Mohammed bin Salman working together to saw a man’s hand off.

The brutal image was accompanied by Carrey’s reflection on Trump’s numerous attacks on the news media, which Carrey saw as having fatal results for journalists.

“Thirty-four journalists were murdered last year because tyrants like Trump demonized them for doing their jobs,” Carrey wrote.

“Maybe this year he’ll get a new bone saw for his bday from his pal, the Saudi Slayer, and they can chop up the next body together,” the “Kidding” star added.

“That’s what ‘fiends’ are for!” Carrey concluded.

Carrey has criticized Trump’s relationship with bin Salman in the past. In November, the actor published a cartoon depicting Trump cozying up to bin Salman as a dump truck dropped a load of cash in front of the White House behind them.

That cartoon came on the same day that Trump questioned whether bin Salman had knowledge regarding the killing of Washington Post journalist Jamal Khashoggi the previous month. In a statement, Trump said, in part, “Our intelligence agencies continue to assess all information, but it could very well be that the Crown Prince had knowledge of this tragic event — maybe he did and maybe he didn’t!”

We’ll say one thing about Carrey’s latest work — there’s no such ambivalence about his feelings toward Trump.

34 journalists were murdered last year because tyrants like Trump demonized them for doing their jobs. Maybe this year he’ll get a new bone saw for his bday from his pal, the Saudi Slayer, and they can chop up the next body together. That’s what ‘fiends’ are for! pic.twitter.com/2GrfwZRhxb