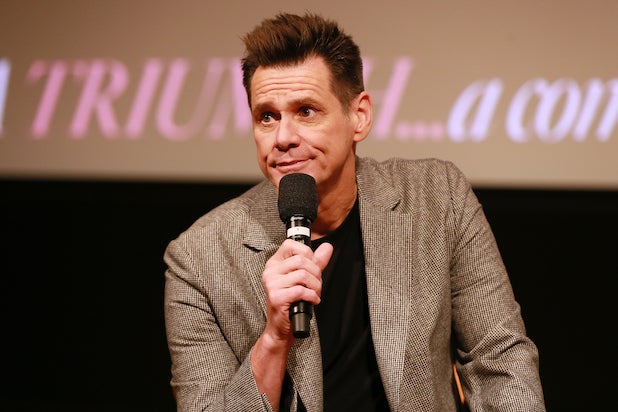 Actor and comedian Jim Carrey railed against President Donald Trump and the GOP under his administration in a new essay published Thursday in The Atlantic.

Carrey specifically highlighted the president’s response to the coronavirus pandemic, calling the final night of last week’s Republican National Convention, which was held on the South Lawn of the White House, a “Totally Illegal COVID-19 Super-Spreader Spectacular.”

“Those in the audience on the South Lawn of the White House might have believed their lives were their own to lose, but after their big night, they now risk infecting other Americans,” he wrote. “Trump and the GOP have decided not to heed science, leaving us helpless during a plague. But as far as I know, plagues don’t care about reelection campaigns. They don’t wither in the face of the Secret Service or succumb to the intimidation of goon squads. And they don’t respect the families of gluttonous aspiring monarchs.”

Carrey ended his essay with a call to action to vote. “In November, we must vote in historic numbers, gathering all the “snowflakes” until there’s a blizzard on Capitol Hill that no corrupt politician can survive. We must vote for decency, humanity, and a way of life that once again captures the imagination of kids all over the world–kids like me,” he concluded.

The actor/artist is a frequent critic of the president’s, but more often uses political cartoons and drawings to make his points. A recent cartoon depicted a supporter of Trump hospitalized because of the coronavirus.

“180,000 deaths and counting,” the comedian captioned the drawing, which featured a man on a breathing machine.

The man in the drawing is visibly struggling, showcasing protruding veins, bulging eyes, flushed skin and a baseball cap in the style of Trump’s signature “Make America Great Again” hats. This one says, “Make America Die for Him.”

You can read Jim Carrey’s essay in The Atlantic here.