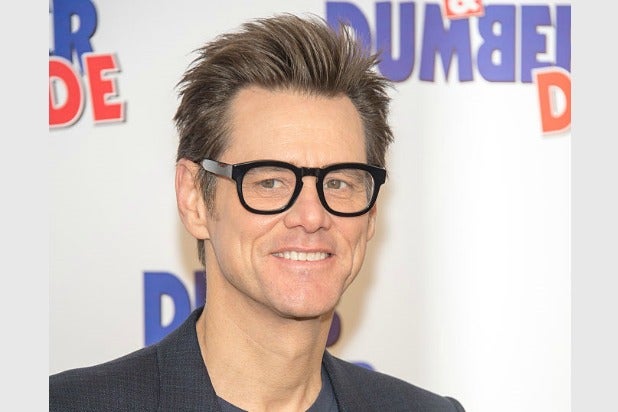 So … you’re saying that Paul Manafort is a bit two-faced, Jim Carrey?

Actor/artist Jim Carrey turned his talents on former Trump campaign chairman Paul Manafort on Friday, riffing on a new mugshot of Manafort that was released Thursday, after his transfer to Alexandria Detention Center in Virginia.

“The hideous entity that walks among us as ‘Paul Manafort’ slips on its human skin-suit for a quick mugshot,” wrote of his latest work, posted to his Twitter account Friday morning.

The accompanying image features what appears to be a lizard-like creature, pulling a human face over its own.

Manafort, who is awaiting trial on bank and tax fraud charges later this month, was booked into Alexandria on Thursday, over the objections of his attorneys, who unsuccessfully contended he was safe in the Warsaw, Virginia facility where he had previously been detained.

Manafort also faces charges in D.C. federal court, with a trial on those charges scheduled for September.

See Carrey render his verdict on Manafort below.

The hideous entity that walks among us as “Paul Manafort” slips on its human skin-suit for a quick mugshot. pic.twitter.com/zT3h1Eoeja