The latest promotional campaign for “Dumb and Dumber To” may be too clever for the film’s lead characters. Stars Jim Carrey and Jeff Daniels revealed two new movie posters for the film that parody Scarlett Johansson‘s “Lucy.”

Channeling the movie posters for the hit sci-fi film, the parodies feature Carrey and Daniels’ characters with a “dumb” twist on the tagline for Johansson’s film. While Johansson asked moviegoers to imagine what it would be like if they could use 100 percent of their brains, “Dumb and Dumber To” is flipping that on its head.

“The average person uses 10% of their brain capacity,” each poster reads. “Imagine what he could do with 1%.”

See video: Jim Carrey Is Hot for Jeff Daniels’ Daughter in ‘Dumb and Dumber To’ Trailer

The sequel film “Dumb and Dumber To” was directed by Bobby and Peter Ferrelly from a scrip they wrote with Sean Anders, Mike Cerrone, John Morris and Bennett Yellin. It co-stars Laurie Holden and Kathleen Turner. Produced by Riza Aziz, Joey McFarland, Bradley Thomas and Charles B. Wessler, Universal Pictures will release the film to theaters on November 14. 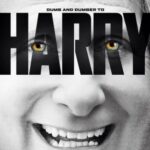 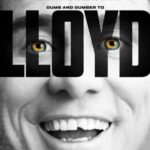