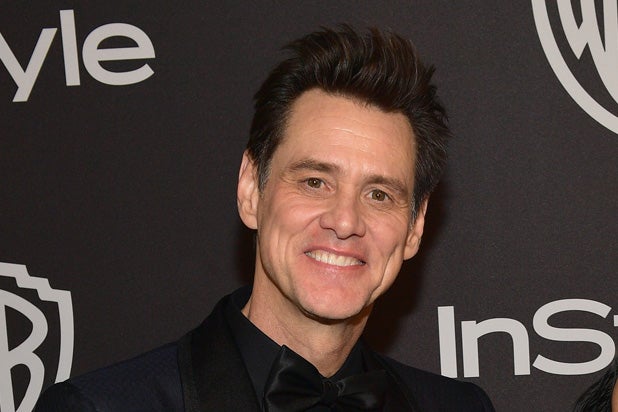 Jim Carrey definitely did not head into the weekend quietly on Friday.

Less than two hours after offering his take on longtime Donald Trump associate Roger Stone’s early-Friday arrest, actor-artist Carrey unveiled yet another piece of art — this time apparently referencing the short-term deal between Trump and Congress to end the government shutdown.

Carrey’s latest depicted Trump as a soccer goalie, unsuccessfully attempting to prevent the ball from making its way into the net.

While failing at blocking the shot, Trump is wearing a shirt reading, “No 1 Loser.”

Trump announced a short-term deal with Congress to end the partial government shutdown on Friday.

Trump and the Democrats had been at a standoff of the president’s demand for $5.7 billion to build a border wall along the U.S.-Mexico border. “We have reached a deal to end the shutdown,” Trump said during an announcement at the White House’s Rose Garden.

The government will reopen for three weeks, until Feb. 15, while negotiations continue over Trump’s desire to build a wall on the southern border continues. “After 36 days of spirited debate and dialogue, I have seen and heard from enough Democrats and Republicans that they are willing to partisanship aside, I think, and put the security of the American people first,” Trump said.

Speaking of spirited debate and dialogue, check out Carrey’s latest art below — and feel free to offer your thoughts in the comments section.