Jim Carrey took a classic episode of the cult sci-fi favorite “The Twilight Zone” and gave it an anti-Donald Trump spin in a Friday tweet.

The actor’s latest artwork shows the Speaker of the House in a window seat inside an airplane, covering her ear as President Trump sits on the wing, screaming and tearing wires from the engine.

“Hey, Nancy Pelosi: There’s something on the wing!” the caption to his latest artwork reads. “Some THING! You may wanna grit your teeth and cross your fingers while this gremlin rips the engines apart – but the rest of us want to live. START THE HEARINGS! IMPEACH THIS ANIMAL!!”

Pelosi has taken the heat by many Democrats for not pushing aggressively forward with a formal House vote that would authorize the House Judiciary Committee to launch an official impeachment inquiry of President Trump. 140 of 235 House Democrats have currently endorsed impeachment.

“I’m not answering any more questions about a possible inquiry, investigation, and the rest,” she told reporters and then walked away from the podium during a press conference on Thursday. See Carrey’s artwork below: 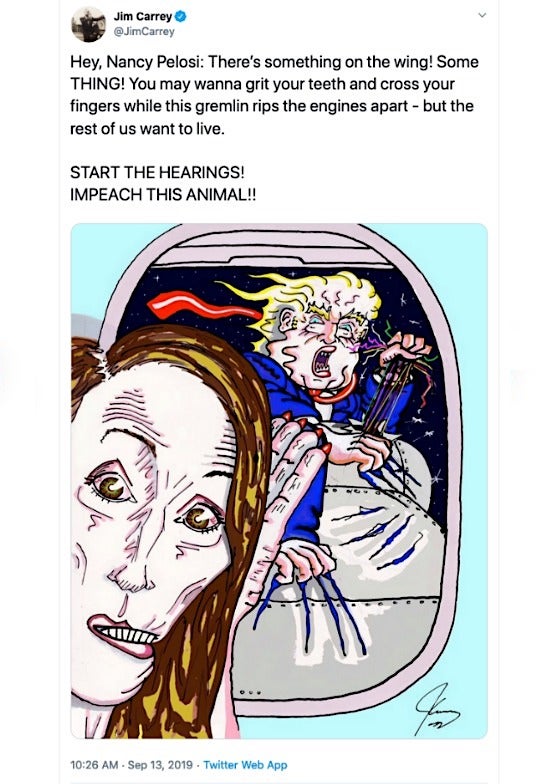