Jim Carrey aimed for the head with his latest political cartoon, taking a shot at White House adviser Stephen Miller on Tuesday.

Actor/artist Carrey unveiled his latest work on Twitter, mocking Miller for both his stances and his curious coiffure.

Carrey’s latest work depicted Miller with a spray can aimed at his noggin, as a gross brown goop rained down on his dome.

Miller captured the country’s attention on Sunday with an appearance on “Face the Nation.” Miller was on hand to discuss President Trump’s proposed border wall and the possibility of a government shutdown, but it was Miller’s hair that got tongues wagging on the internet, with some observers speculating that it might have been sprayed on.

During Monday’s episode of “The Late Show,” host Stephen Colbert took his own shot at Miller’s “Face the Nation” appearance, joking, “There has not been a right-wing propagandist with fake hair that obvious since Joseph Goebbels tried a weave.”

See Jim Carrey’s take what’s going on in, and on, Miller’s head below. 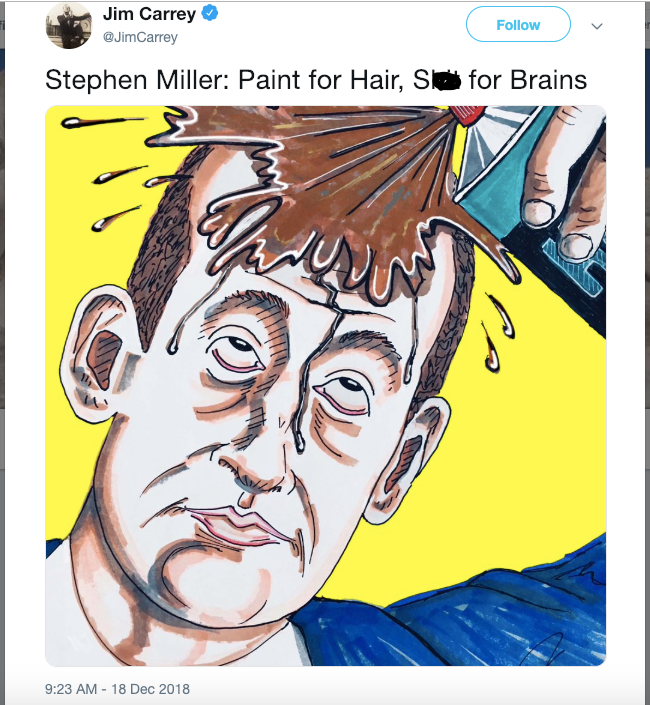