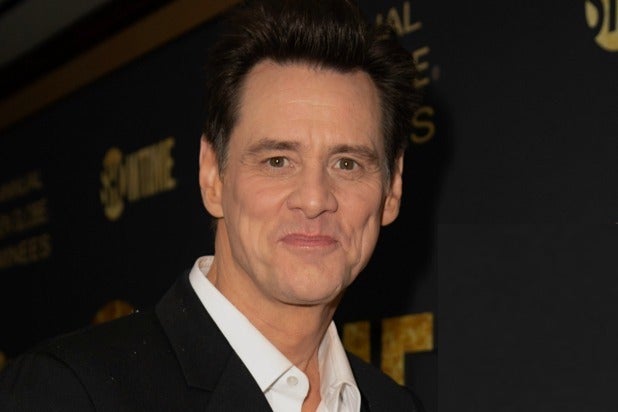 Oh, baby — it looks like there’s no love lost between Jim Carrey and Senator Ted Cruz.

Actor/artist Carrey unveiled his latest artwork on Tuesday, ripping into a “greasy Joe McCarthy wanna-be” who was “lecturing” him about morality and civility, a day after Cruz called Carrey out over an abortion-themed cartoon depicting Alabama governor Kay Ivey.

Though Carrey didn’t name names in his latest pictorial missive, the message it carried said plenty.

“Some greasy Joe McCarthy wanna-be who is shameless and will remain nameless was lecturing me in the press about morality and civility after spending years in the Senate defending the rights of mass murderers to own AR-15s with which they massacre innocent children in their classrooms,” Carrey wrote. “I thought I must be dreaming, but I haven’t woken up yet. I guess hypocrisy is the new American dream.”

Carrey added, “Gee … I hope the loss of women’s rights, our enslavement by the drug companies and the unnecessary war in Iran won’t disturb anyone’s slumber!”

While Carrey declined to identify the greasy Joe McCarthy wanna-be in question, his artwork came a day after Cruz called out Carrey on Twitter.

“This is not OK. Today’s Left: vicious, angry & consumed by hate,” Cruz wrote in response to Carrey’s cartoon of Ivey. “Instead of insults & dehumanizing rage, we should return to civility. I disagree w/ Carrey’s politics, but believe we should respect his humanity nonetheless. I wish he could reciprocate.”

This is not OK. Today’s Left: vicious, angry & consumed by hate. Instead of insults & dehumanizing rage, we should return to civility. I disagree w/ Carrey’s politics, but believe we should respect his humanity nonetheless. I wish he could reciprocate. #LoveIsStrongerThanHate https://t.co/vKVGZzou1q

Carrey’s previous creation depicted Alabama governor Ivey as a fully-formed fetus being aborted and a caption that reads, “I think If you’re going to terminate a pregnancy, it should be done sometime before the fetus becomes Governor of Alabama.”