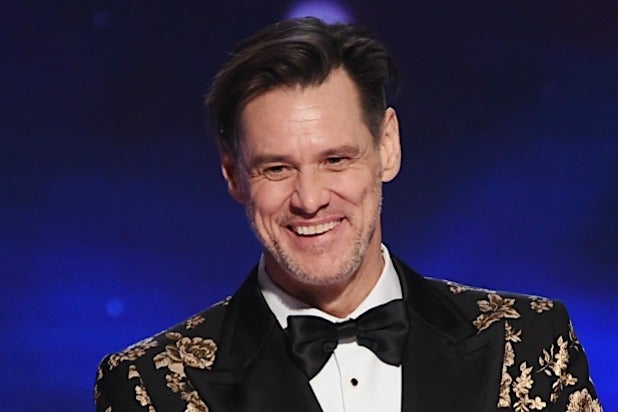 You can count Jim Carrey as the latest person to tell soon-to-be-former White House press secretary Sarah Huckabee Sanders to not let the door hit her on the way out.

A frequent critic of Sanders, Carrey expressed his pleasure with Sanders’ departure and displeasure with her as a person in his latest artistic rendering.

“Good Riddance, Sarah Huckabee Sanders! Now the only one you have to lie to is Jesus,” Carrey captioned the art, which portrays a multi-chinned Sanders in an unflattering pose praying at Jesus’ crucifix with a circle behind her head.

This isn’t the first time that Sanders has the subject of actor/artist Carrey’s art. Previously, he has depicted her as a Gorgon and has called her “monstrous.”

On Thursday, President Donald Trump announced in a series of tweets that Sanders would be leaving his administration.

Sanders has been with the Trump White House for two and a half years and has served as White House press secretary since May 2017, taking over for Sean Spicer.

“After 3 1/2 years, our wonderful Sarah Huckabee Sanders will be leaving the White House at the end of the month and going home to the Great State of Arkansas…” Trump wrote. “…She is a very special person with extraordinary talents, who has done an incredible job! I hope she decides to run for Governor of Arkansas — she would be fantastic. Sarah, thank you for a job well done!”

Check out Carrey’s latest artwork below:

Good Riddance, Sarah Huckabee Sanders! Now the only one you have to lie to is Jesus. pic.twitter.com/qeWYpNxrtF

Carrey isn’t the only person who isn’t sad to see Sanders go.

The hashtag #ByeFelicia was trending on Twitter after her departure was announced — a dismissive farewell originally uttered by Ice Cube’s character in the comedy “Friday.”