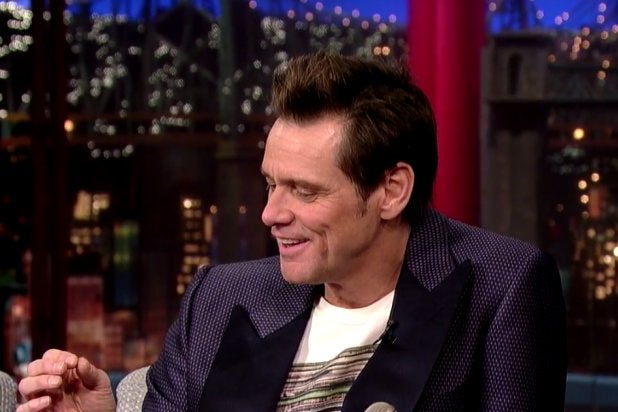 After his remarkable impression of Matthew McConaughey‘s Lincoln commercials on “Saturday Night Live,” Jim Carrey was asked to again delve into that character during his “Late Show” appearance.

In character, he once again harped on the idea that McConaughey is rolling a booger as he muses on the imponderables of life’s meandering road.

“It makes me feel safe, Dave,” Carrey said as McConaughey, still rolling his fingers. “It’s not even a booger anymore. It’s more of an anchor.”

While reminiscing about his third time hosting the NBC late-night staple, Carrey recalled his early audition for the show. He took it as a bad omen right away when he arrived and the first words he heard were, “Don’t do it!”

As Carrey recalls, an NBC page stood on top of the building contemplating suicide. He went into his audition, not knowing the man’s fate. It didn’t go well, but he went on to land a part on Fox’s sketch series “In Living Color,” and from there it was straight on to movie stardom.