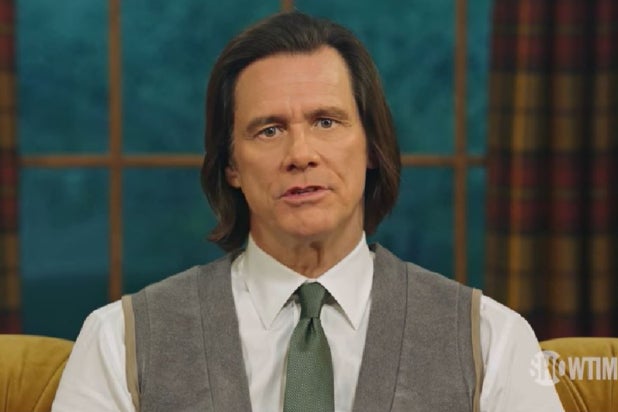 Jim Carrey hasn’t been afraid to show his disdain for Donald Trump and his latest art rendering takes aim at the president and North Korean leader Kim Jong Un following their summit in Singapore.

On late Monday night, the “Kidding” actor posted a drawing on Twitter that treated the meeting as no laughing matter. Carrey sharply criticized Trump for his willingness to sit down with Kim, mocked what the dialogue between the two might have been like.

Additionally, the actor took a shot at the president for his treatment of Canadian Prime Minister Justin Trudeau and other allies at last weekend’s G7 summit in Quebec.

Comparing the Trump-Kim meeting to “Let’s Make a Deal,” the actor wrote a mock dialogue between the leaders, with Trump saying, “You’ll be a real world leader. I’ll sway the midterm elections. And together we will save the world from the bloodthirsty Canadians.”

In recent weeks, Carrey has congratulated the Stanley Cup-winning Washington Capitals, taken on congressional Democrats and school shootings in his artwork.

Check out his latest below:

Let’s Make A Deal: You’ll be a real world leader. I’ll sway the midterm elections. And together we will save the world from the bloodthirsty Canadians. pic.twitter.com/kHa1w3ye03