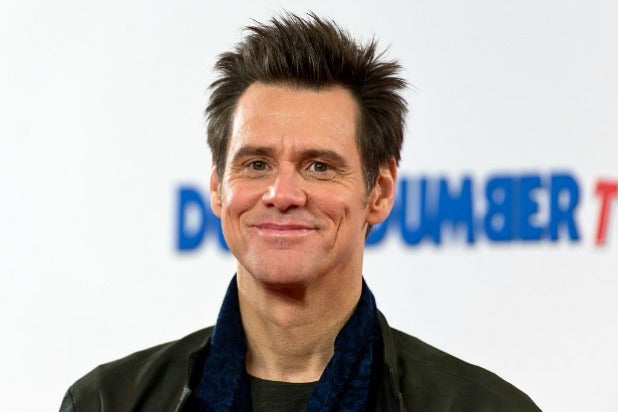 If it seemed to you that Vladimir Putin was weighing a little too heavily on Donald Trump’s head on Monday, you’re not alone.

On Monday, the same day that Trump met with Russian leader Vladimir Putin for a press conference, actor/artist Jim Carrey weighed in on the relationship between the two world leaders with his latest artwork.

“Putin plants his flag firmly in American soil,” Carrey wrote of the artwork, which depicted Trump with what appeared to be a Russian flag planted in his noggin.

To emphasize the point, Carrey illustrated Trump with the name “Vladimir” scrawled on his head.

Trump is portrayed as giving a double thumbs-up in the image.

Carrey wasn’t the only one who took note of the Trump-Putin dynamic, which saw Trump call for an end of the investigation into Russian interference in the 2016 election and suggest that U.S.-Russia tensions were caused by the U.S. during the press conference.

“Frozen” star Josh Gad wrote: “Right now, a KGB trained operative who’s been President of Russia for close to 20 years and who every intelligence agency [sic] said undermined our election is alone in a room with the Host of Celebrity Apprentice. What could possibly go wrong?”

Actor Zach Braff, for his part, observed, “Treason is trending.”

Members of the media were likewise critical of the meeting, with CNN’s Anderson Cooper saying, “You have been watching perhaps one of the most disgraceful performances by an American president at a summit in front of a Russian leader truly that I’ve ever seen.”