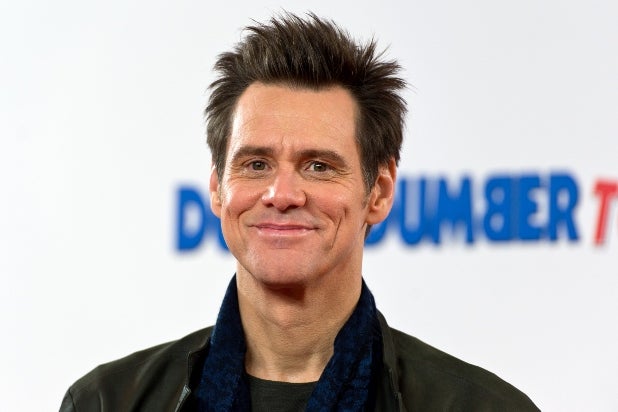 Jim Carrey went Halloween-themed with his latest cartoon, painting his favorite subject, President Trump, as a werewolf in the middle of his “hideous transformation” — and blaming him for the sad state of trick-or-treating in pandemic-ravaged America.

As the election looms just five days away, the comedian made today’s comic into an animated image that shows werewolf-Trump snapping his jaws and rolling around his bloodshot eyes and he grows strange blonde fur and rips off his favorite red tie.

“No trick-or-treating this year. No bags of candies touched by strangers. This is his America; his house of horrors,” Carrey wrote in his caption. “His hideous transformation is almost complete. Your vote is the silver bullet.”

Carrey, a vocal critic of Trump and avid supporter of his opponents Joe Biden and Kamala Harris, added the hashtag #BidenHarris at the end of the tweet.

The comedian and artist also portrays Joe Biden in the latest season of “Saturday Night Live” and has long been critical of the Republican party. Last week, his cartoon took on the topic of corruption versus “corruption light.” In another series of paintings shared on his Twitter account, Carrey has also portrayed several prominent Republicans, including Mitch McConnell, Ted Cruz, Lindsey Graham and Susan Collins as part of the “Hellbound Class of 2020.”

No trick-or-treating this year. No bags of candies touched by strangers. This is his America; his house of horrors. His hideous transformation is almost complete. Your vote is the silver bullet. #BidenHarris pic.twitter.com/XIUyTA5SSq