CNBC’s Jim Cramer is calling for a billionaire tax following the release of the bombshell ProPublica report exposing that many of the world’s richest people pay very little in taxes.

On a Friday episode of “Squawk on the Street,” host Andrew Ross Sorkin asked the CNBC analyst about a “provocative” tweet published prior to the interview in which Cramer asked, “Why can’t we just create a billionaire surtax? Enough already.”

“From ProPublica, it was easy enough to figure out who’s a billionaire,” he began. “So why not put a surtax on billionaires?”

Cramer confessed that he didn’t expect the tweet to be all that controversial, citing Abraham Lincoln’s support for a graduated tax and the fact that the proposed tax would only target the richest of the rich.

“There’s not billions of billionaires,” the “Mad Money” host reasoned. “Let’s come up with something for this small group!”

Sorkin then asked Jim Cramer to clarify if this would be an “Elizabeth Warren-style wealth tax,” to which he replied that he thinks the Massachusetts senator’s proposal is “a little bit too severe” compared to what he’s imagining. 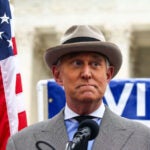 “This is how you start a revolution against rich people,” Cramer continued. “You have this happen. We’re a more fragile democracy than people think.”

“There’s an elite group of people and this society has to start addressing this inequality.” he concluded.

Following his “Squawk on the Street” appearance, Cramer continued to flesh out his position on Twitter. At one point he wrote that “these revelations make me sick,” referring to the IRS returns obtained by ProPublica. 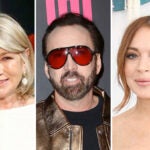