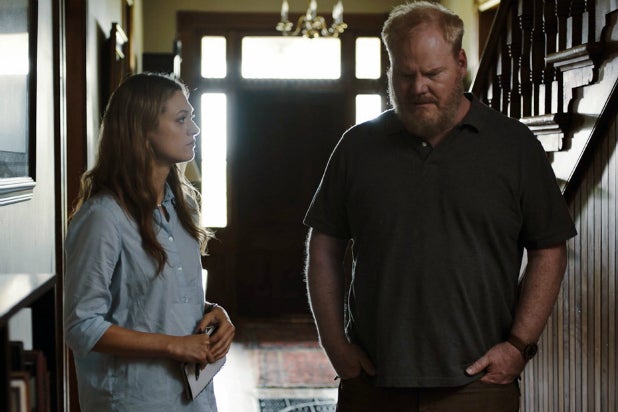 Grasshopper picked up U.S. distribution rights to the film from writer and director Harrill, and they plan to release the film in theaters across the country this fall.

“Light From Light” is described as an achingly beautiful film about two strangers who find solace in one another while investigating a mysterious incident.

Following her lifelong interest in the paranormal, Sheila (Ireland) is asked to investigate a potential haunting at a Tennessee farmhouse. There she meets Richard (Gaffigan), a widower who thinks his recently departed wife may still be with him. The investigation that ensues — which eventually includes Shelia’s son, Owen and his classmate Lucy — forces them to reckon with the direction their lives have taken.

“‘Light From Light’ is a revelation,” Grasshopper Film President and founder Ryan Krivoshey said in a statement, “a mysterious, richly layered work, exquisitely written and directed, with wonderfully moving performances. It’s one of the most original American films I’ve seen in years. We’re excited to be working with Paul and the entire team on the release of this extraordinary film and can’t wait to share it with audiences around the country.”

Paul Harrill’s debut film, the 2014 “Something, Anything” was a New York Times Critics’ Pick. His short films have played at Sundance, Rotterdam, Clermont-Ferrand, and the Museum of Modern Art. “Light From Light” is his second feature.

The deal was negotiated by Ryan Krivoshey, President and Founder of Grasshopper Film and Kristen Konvitz of ICM Partners.