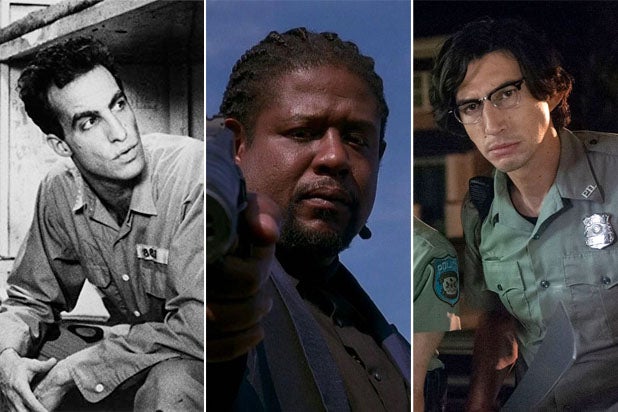 Island Pictures, Artisan Entertainment, Focus Features
The man who quietly (and always weirdly) helped to define American independent cinema in the 1980s, Jim Jarmusch has stubbornly made his own kinds of films in his own way. If Hollywood ever thought they could make him fit into one of their boxes, they were wrong to try (and you know someone, somewhere called him into a meeting and tried), and eventually, his actor admirers sought him out to be in a series of idiosyncratic and always fascinating films. Here’s our ranking of his singular output:

United Artists
13. "Coffee & Cigarettes" (2003)  Sure, it’s the last one on this list, which technically means it’s the “worst,” but even the least plotted, most indulgent and freely floating Jim Jarmusch film provides memorably weird, comedic pleasures. This brazenly pointless sequence of non-events is 11 segments long, each starring different actors, all of them talking -- most frequently about the Tesla Coil -- while drinking coffee and smoking. Except for GZA and RZA, who sip herbal tea, because caffeine and nicotine are bad for you. 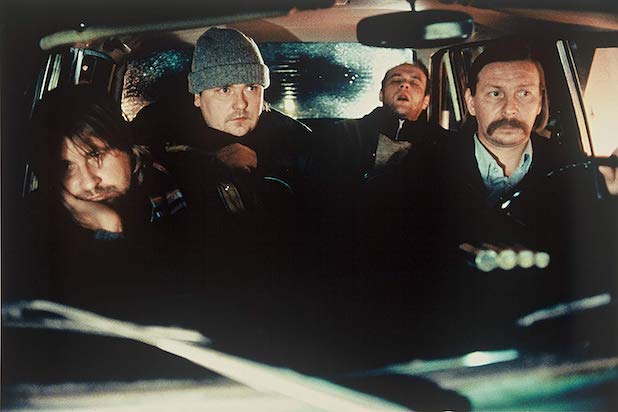 Fine Line Features
12. "Night on Earth" (1991)  Another anthology of sorts, in which five taxi drivers and their passengers, in different cities around the globe, engage in conversations that are by turns funny, exasperating, self-consciously wacky, poignant and mournful. This bag of mixed results features a couple forgettable sequences that are upstaged by the meaningful vignettes, especially the opener that pairs Gena Rowlands with Winona Ryder. 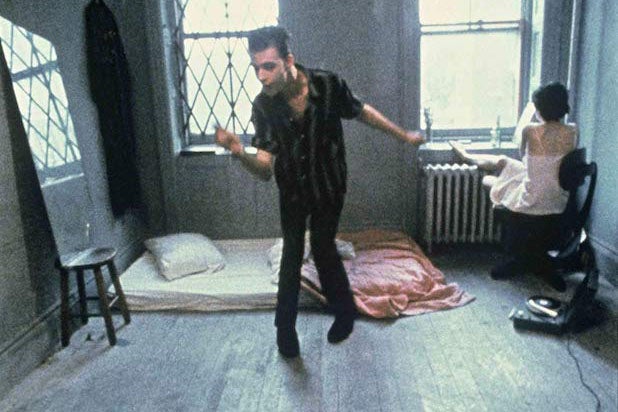 The Criterion Collection
11. "Permanent Vacation" (1980)  Jarmusch’s first feature, shot on 16mm, is a time capsule of No Wave New York. In a series of seemingly pointless interactions with equally fringe-dwelling citizens, young dude Allie (first-time actor Chris Parker) mutters earnestly about finding… well, who knows what, as he slowly drifts from location to location, stopping only to perform real-time dances and long recitations from a book. He inhabits a decaying world where wandering is its own sleepy reward. The young people call this “mood.” 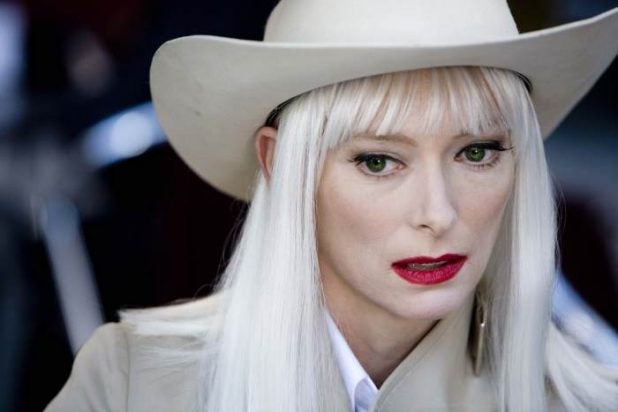 Focus Features
10. "The Limits of Control" (2009)  This is what happens when your commitment to all things obtuse and luxuriously moody distances itself completely from your equally important commitment to human experience. In this most abstract sort of noir, a Stranger (Isaach de Bankolé) in a Strange Land is beset by odd people reciting dreamlike dialogue that offers no clues as to what’s coming next or why. But with its glorious Christopher Doyle cinematography and blackened droning score by Japanese band Boris, it’s still an immersive visual and sonic experience. Sometimes that’s enough. 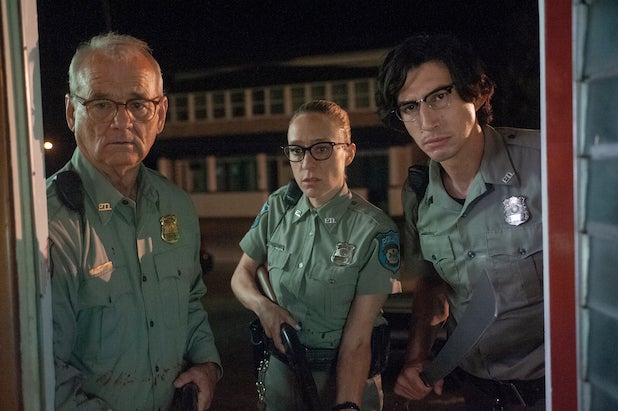 Focus Features
9. "The Dead Don’t Die" (2019)  A movie that knows it’s a movie -- characters discuss the shooting script from “Jim” -- and a zombie film that reverently references George Romero’s body of work, “The Dead Don’t Die” is Jarmusch goofing around and trying to recast the Zombie Apocalypse as a metaphor for stubborn human resistance to evidence of climate catastrophe. It dares to make zombies into mundane reality, a terror that just hangs out and waits for its victims to respond. 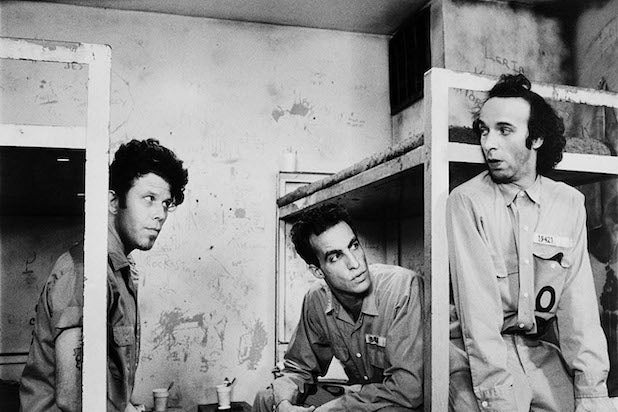 Island Pictures
8. "Down by Law" (1986)   Tom Waits, John Lurie and Roberto Benigni hang out in a prison cell, going nowhere, in the same way even free people do in a Jarmusch landscape. Not incidentally, this was the film that introduced a then-unknown Benigni to American art-house audiences. His performance is alive with Jarmuschian fish-out-of-water strangeness, and now we don’t know what to think about how enjoyable that was at the time. 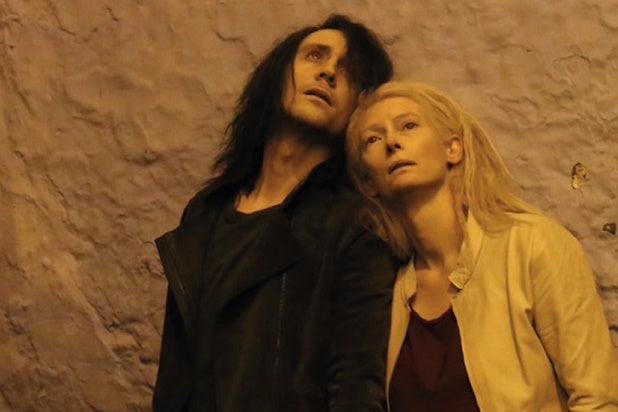 Focus Features
7. "Only Lovers Left Alive" (2013)  Are cultural aesthetes vampires? That's the case literally and figuratively in this exceptionally designed exercise in style, as Tilda Swinton and Tom Hiddleston build an infinite life together sustained by blood consumption and artistic curatorial practice. The whole thing feels like an in-joke fantasy for people who know that the best music will never chart and the best books will go unread, daring to imagine a blissful eternity of reading, watching and listening to the coolest in everything. 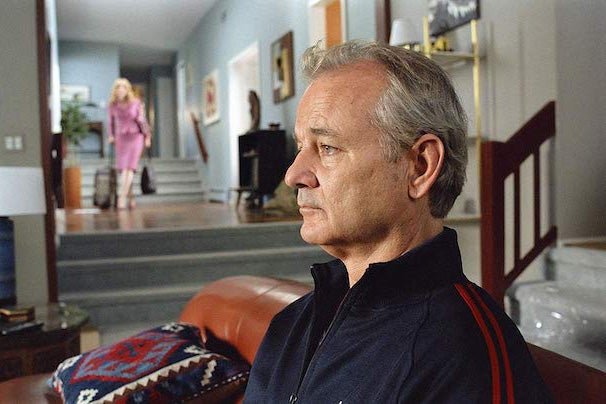 Focus Features
6. "Broken Flowers" (2005)  One of many road-trip films in Jarmusch’s career, this one stars Bill Murray as a man whose past romantic entanglements inspire a mid-life quest for redemption. Going door to door to find a son he didn’t know he had, he confronts his past in a revealingly awkward, laconic way, buffered by Jarmusch’s decision to swaddle his non-hero with gentleness. It’s a kind-hearted approach to a lifetime of interpersonal error. 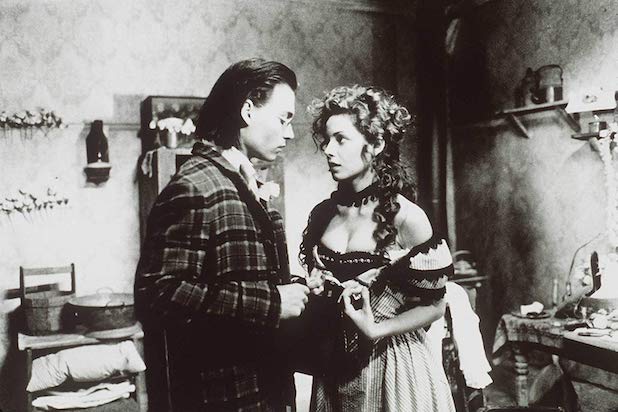 Miramax
5. "Dead Man" (1995)  There was a moment in cinema history when Johnny Depp was considered a daring young actor, a man who sought challenge that didn’t necessarily involve ostentatious costuming, wigs and layer upon layer of arch eccentricity. “Dead Man” goes a long way toward revealing his abilities, as he plays a recognizably unhappy human making his way as a stranger through an inhospitable Western landscape, guided and chased on a trip to self discovery.

Artisan Entertainment
4. "Ghost Dog: The Way of The Samurai" (1999)  Ghost Dog, as portrayed by Forest Whitaker, is a complex antihero. A hit man with a code of honor, he’s a quietly serious embodiment of loyalty, literature, hip-hop, tenderness, slow motion communication (via carrier pigeon and friendship with a man who speaks no English) and murder. He's a perfectly Jarmuschian intersection of culture collision and disconnection, and the film is a study in the moral fissures that accompany coolness and the gangster persona. 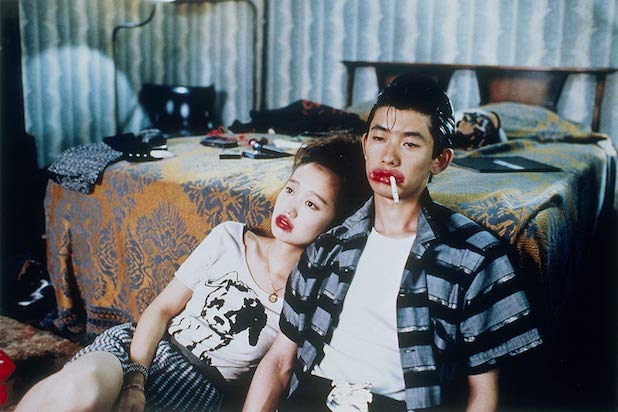 Orion Classics
3. "Mystery Train" (1989)  A collection of characters lost in Memphis, tangentially connected by the idea of Elvis Presley, crisscross and live out existential questions with no answers. It’s the first color Jarmusch film, a result of the commercial success of "Stranger Than Paradise" and "Down by Law," and it’s a dizzyingly entertaining mashup of his musical obsessions, genre film devotion and taste for the long, Ozu-esque pause. 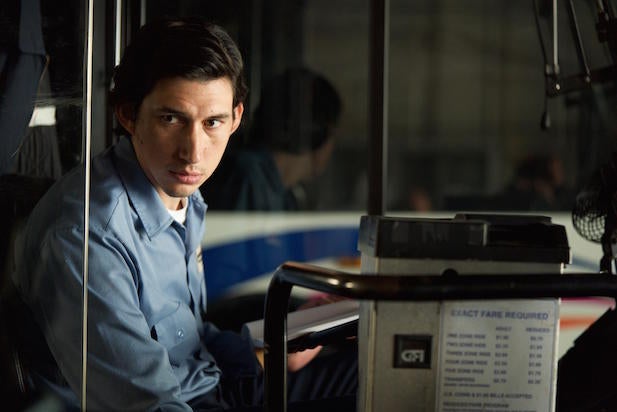 Focus Features
2. "Paterson" (2016)  Over the decades, Jarmusch crafted misfit characters inhabiting environments that kept trying to spit those people out. Adam Driver’s bus driver-poet in “Paterson” is the strange culmination of those lives when they finally find their way home. Without sacrificing his aesthetic, Jarmusch revels in cozy comfort and domestic enchantment, full of compassion and love. 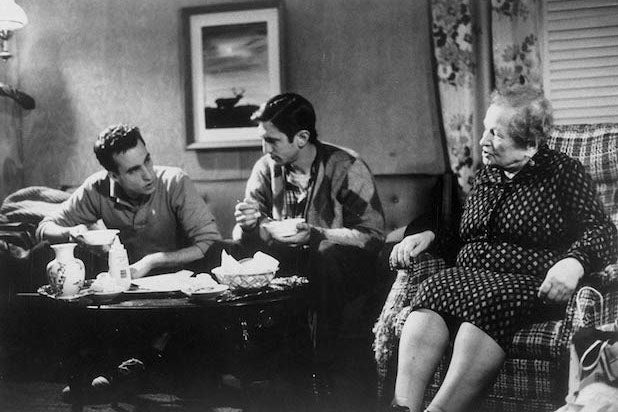 The Samuel Goldwyn Company
1. "Stranger Than Paradise" (1984)  After what felt like a trial run with “Permanent Vacation,” this post-normal road movie provided a perfectly numbed statement of deadpan purpose, becoming one of the most influential American films of the 1980s. John Lurie, Richard Edson and a scene-stealing Eszter Balint embark on a strange road trip to nowhere -- full of absurd moments, minimal narrative and obsession with Screamin’ Jay Hawkins. Stripped down and hollowed out, it dared to find human comedy in Nothingness.
x
Looks like you're enjoying reading