Purists will tell you otherwise, but rock 'n' roll has always been as much about the look as the music.

Think of the greats — Elvis, The Beatles, The Rolling Stones, Johnny Cash, Jimi Hendrix, David Bowie and the Sex Pistols, to name a few. You have a very clear image in your mind of who they are, don’t you? 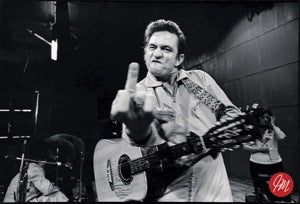 Jim Marshall, who died in NYC on March 24, took some of the iconic photographs that made some of those performers the icons they are today. He snapped Johnny Cash flipping the bird just before stepping onstage for his legendary performance at San Quentin Prison in 1969.

Marshall took us right on stage to feel the heat as Hendrix set his guitar and the world on fire at the Monterey International Pop Festival in 1967.

Slash, one of the most photographed guitarists of our age, spoke for many musicians and fans when he wrote “I’m going to miss Jim Marshall a lot” on his Twitter account on March 25.

There is a lot to miss and a lot to celebrate.

Marshall took hundreds if not thousands of pictures of Miles Davis, Bob Dylan, John Coltrane, John Lennon, Jim Morrison, Janis Joplin, the Who, the cover of the Allman Brothers’ 1971 “At the Fillmore East” album, Merle Haggard and so many others.

He seemed to always be trying to find more, trying to reveal what was behind the curtain of creativity and stardom. Insightful as to his role as he was perceptive behind the lens. Marshall liked to call himself “a reporter with a camera."

That virtue of capturing the truth and the heart of the subject was what Jim Marshall aimed for over his long career. In an age of fawning celebrity, it seems almost striking that a photographer would insist on complete and unencumbered access to his subjects, but that was Marshall’s criteria. And if you messed him around, as Barbra Streisand is alleged to have back in the 1970s, he walked.

The photographer passed away at the age of 74 in a New York hotel room while promoting his new book, "Match Prints," a collaboration with fellow clicker Tim White. 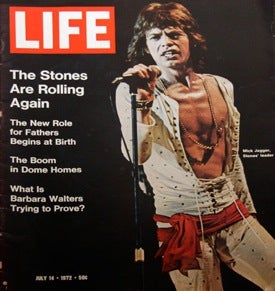 Researching my upcoming book “1972 — The First Year of the 21st Century” I poured over the pictures Marshall took of the Rolling Stones as they pillaged America on their riotous and now infamous 1972 tour.

Marshall was on assignment for LIFE magazine, which would fold for the first of several times later that year, but what he was really doing was capturing the one of the truly great rock’n’roll bands of all time at the height of their powers.

Amidst the backstage hangers-on and shenanigans, Marshall was also documenting, perhaps unbeknownst to himself, the creation of modern corporate rock as Jagger and the Stones took the ragtag process of touring and transformed it into a well oiled, profit maximizing machine.

Of all the pictures Marshall took over the years and on the Stones’ tour, perhaps my favorite is one of the band’s musical leader at work. Check out this shot of Keith Richards, cigarette firmly planted in mouth and lost in the music, finishing up a guitar track in LA’s Sunset Studios just before the ’72 tour started. 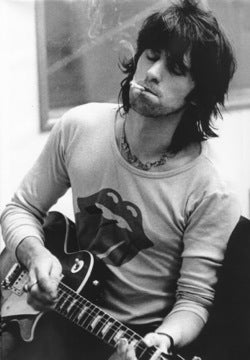 The rhythm guitarist and Mick Jagger were in LA to put the final touches on the band’s “Exile on Main Street” album. Now considered the Stones masterpiece, the dirgey double album “Exile,” which is going to be re-released in a new deluxe edition on May 18, was actually pulled together in snippets and pieces by the self proclaimed Glimmer Twins in early ’72.

Photographs like this one Marshall took of Keith are what helped create the icon of rock’n’roll’s most elegantly wasted pirate superstar. It’s an image of Richards that continues today and one that Johnny Depp will undoubtly pursue in his forthcoming documentary on the 66-year old legend who played his father in “Pirates of the Caribbean: At World’s End.”

That is his real legacy, the look of the music … and that’s why Slash is so right – Jim Marshall will be missed, a lot.