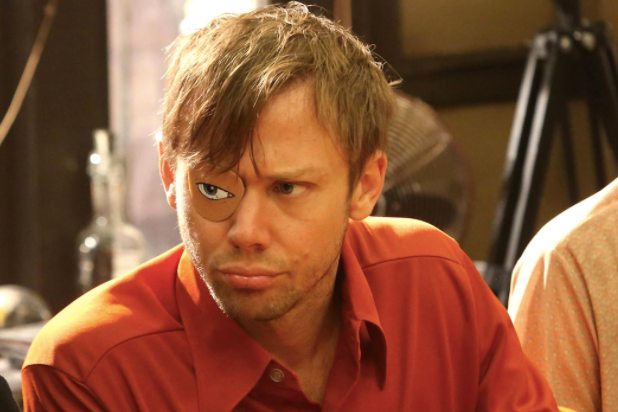 No, milk is not the secret behind the amazing unibrow Jimmi Simpson rocks every time he guest stars as Liam McPoyle on “It’s Always Sunny in Philadelphia.” In fact, the FXX series puts a great amount of time and effort into sculpting the hairy masterpiece.

Well, at least they used to.

Simpson recently appeared on PeopleTV’s “Couch Surfing,” where he watched clips of his memorable appearances as one of the members of the McPoyle clan who torment the gang at Paddy’s Pub to no end. When the host asked about his signature unibrow, which is clearly not Simpson’s own facial hair, he explained how it is applied.

Also Read: Glenn Howerton Has 'Not Officially Left' 'It's Always Sunny in Philadelphia'

“It’s actually a f—ing weave,” Simpson said, laughing. “I don’t know if they cut the unibrow budget, but I used to have each hair placed like Brundlefly, like these thick, coarse mother bangers across.”

Well, to be fair, they probably have to reserve some funds for all the beer and wine in a soda can the cast has downed over the years. On camera, of course.

Watch the full clip below.

Also Read: Why 'It's Always Sunny in Philadelphia' Changed Everything

"Westworld" concluded its first season on Sunday with an episode chock full of answers, but it also set up plenty more mysteries for viewers to ponder until Season 2. Here are some of the best fan theories about what's next.