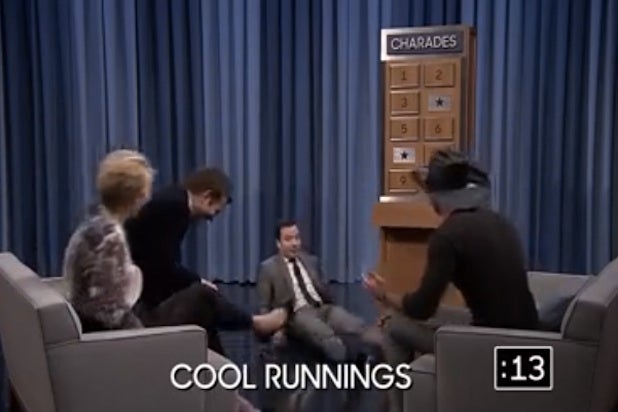 During an epic game of Charades on the “Tonight Show”, Jimmy Fallon tried in vain to get country music star Tim McGraw to guess the 1993 Disney comedy “Cool Runnings.” Things got off to a rocky start when he tried to get McGraw to guess “cool” — no go.

Emma Thompson and Bradley Cooper laughed as the musician guessed aimlessly as Fallon worked his tail off in the most epic “Cool Runnings” imitation ever put on celluloid.  He pantomimed smoking marijuana and then did an elaborate bobsled impression that made the crowd go wild. When it was revealed the answer was “Cool Runnings,” McGraw looked incredulous.