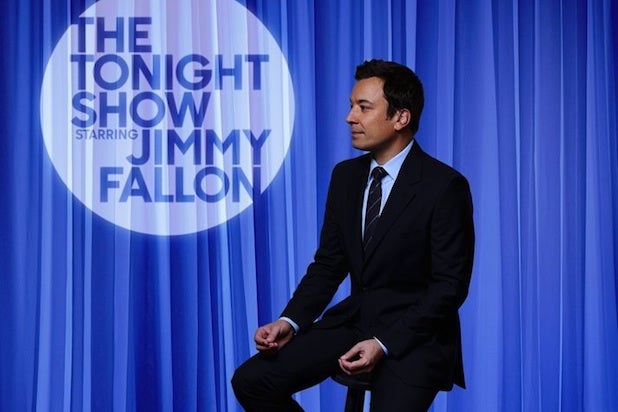 Jimmy Fallon is feeling under the weather just as he prepares to take the reins on NBC’s “Tonight Show” on Monday night.

“I have a cold, which I’m just getting over because … when your baby gets a cold, you get a cold,” Fallon told Ryan Seacrest during an interview on “On Air With Ryan Seacrest” on Monday morning.

But, the actor, comedian, late night host (and dad to seven-month old Winnie Rose) says it reminds him of another big late night debut.

“The first time I hosted ‘Saturday Night Live,’ it was such a big deal for me, I think my immune system just like broke down, so I got the flu or something,” the 39-year-old said. “So … maybe it’s something that happens to me when I get nervous … but I get through it …because that adrenaline rush.”

It will not only be Fallon’s first night as the late night talk show’s host, but it’s also the first time in more than 40 years since the show had taped from New York City. Johnny Carson moved the show from New York to Burbank in 1972.

On his first week, Fallon will have several high-profile guests, including First Lady Michelle Obama, Justin Timberlake, Will Smith, U2, Lady Gaga and Bradley Cooper.

“We might do a fun special thing with the first lady and Will Ferrell,” Fallon teases.

And as for Timberlake, who he has shared several hilarious sketches and performances with on “Late Night” and “Saturday Night Live,” he promises another partnership.

“It’s good, it’s fun. We’re working on something and it will involve some type of performance,” he said.

Listen to the entire interview below: