Tiffany Trump got married at Mar-a-Lago over the weekend, and according to Jimmy Fallon, there was really only one issue with the celebration: Her father somehow lost all the seats needed. Of course, that’s the second time he’s done something like that over the last week.

In recapping the wedding, the “Tonight Show” host admitted that there were multiple heartwarming moments, like when “Eric Trump carried the ring down the aisle on a tiny pillow.” But apparently, the most “special moment” came when Trump gave away his daughter — and possibly tried giving away one of his other children, too.

“Trump was like, ‘Well if I’m giving kids away, will someone take Don Jr.?'” Fallon joked. 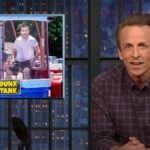 The late night host also speculated that the twice impeached former president’s wife, Melania Trump, might’ve thrown some elbows to ensure that she caught the bouquet, which typically signals the next woman to get married. All in all, Fallon joked, the wedding was a success save for one small hiccup.

“The only issue at the wedding, they were supposed to have a ton of seats, but somehow Trump lost them all,” Fallon mocked.

The joke was an obvious reference to the performance of Trump-endorsed candidates in the midterm elections, which were dismal to Republicans, to say the least. Most of them lost their bids for election, and as a result, the predicted “red wave” simply did not happen. 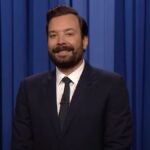 Also Read:
Fallon Says Indicting Trump After Midterms Is Like ‘Political Version of Waiting to Break Up’ Until After Holidays (Video)
x