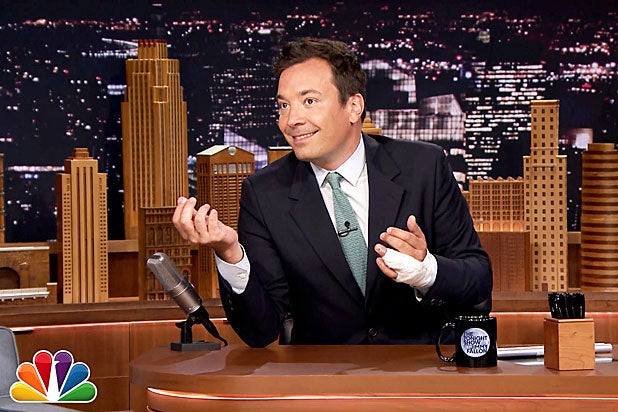 Jimmy Fallon‘s has revealed new details about his gruesome finger injury, with “The Tonight Show” host dubbing the damaged digit his “Jesus finger” because is came back from the dead.

“I thought it was a broken finger. I just tripped and fell. I’d never heard of this — ring avulsion. Don’t Google it by the way. Ring avulsion,” Fallon told former New York Times media reporter Bill Carter on his new SiriusXM show. “They also call it de-gloving. How gross is that?”

The comedian also described the gruesome aftermath of the accident last June, in which Fallon fell in his kitchen on a braided rug and caught his fall with his wedding finger, ripping it sideways.

“This is a resurrected finger. It’s a Jesus finger,” he added.

After 10 days in the ICU and three months of recovery, Fallon said his finger is “fantastic. It’s all physical therapy now,” he told Carter. “It doesn’t hurt. I don’t feel it, is the problem. I don’t feel my ring finger and I don’t feel my pinkie finger right now. My doctor said six months is when I’ll probably get my feeling back.

“Those moments — two seconds of your life — changes everything and you realize how lucky you are,” the late-night host explained. “It was a good wakeup call.”

Listen to the audio here.

The full interview will air on “The Bill Interview” on SiriusXM’s Insight Channel (121) on Monday at 6 p.m. ET.